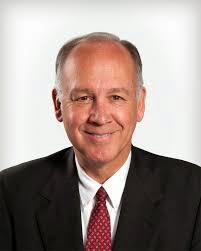 When it happened is not clear, but at some point, the secretive Joplin Progress Committee, which initially did not endorse incumbent City Councilman Mike Woolston, has changed its mind.

The committee continues its efforts to sway voters in the April 8 election today with a mass mailing to potential voters encouraging them to vote four council candidates Mike Seibert, Miranda Lewis, Ryan Stanley, Gary Shaw, and Woolston, and for "your choice of three of the five candidates" for Joplin R-8 Board of Education- Lynda Banwart, Jeff Flowers, Jeff Koch, Shawn McGrew, and Randy Steele.

Committees which decide to spend money supporting or opposing candidates are required to file the names of those candidates with the Missouri Ethics Commission. As of today, the Joplin Progress Committee has not filed any documents indicating its support of Woolston.
Posted by Randy at 5:50 PM

The JPC is backing a plethora of candidates that stand for continuing with the status quo. That doesn't mean what's good for the community or good for Joplin. It means what's good for their own pockets. Most of the people on this committee aren't even from Joplin. It's purely about money, and at this point, it's not even about honest money. Don't vote for anyone connected to them, and don't do business with them if you can possibly help it. Make them sorry for manipulating the community to their advantage.

I got the JPC card in the mail today. I'll take it with me when I vote--it's a handy guide to remind me who I'm not voting for.

Joplin Progress Committee, AKA Star Chamber? Secret meetings to decide which candidates can damage the city the most and put money in the committee members pockets. Where is Jack Bauer when you need him.
If the people of Joplin keep their heads in the sand and don't vote them all out then they deserve what they get.

I wonder how much Wallace Bajjalli donated to JPC to keep Woolston working on their behalf?

I noticed in the paper that the only campaign contribution that that Woolston listed is a $10,000in kind donation from the state board of realtors. That should say something.

Where is all of the investigative reporting when it comes to Woolston? The Globe said the voters could decide if there was any wrongdoing on his part but no one has investigated any of the investigators accusations.

If Woolston gave up 18 commissions on property sales because it would be a conflict of interest because he is a councilman why would he want to run for an unpaid council position and give up all of those commissions in the future?

Something doesn't pass the smell test here but for some reason he gets a free pass from the globe and the rest of the media.