Debbie Fort on teacher turnover: "I am sick to death of blaming the tornado' 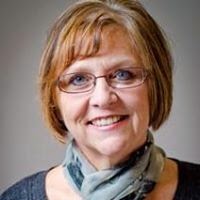 During a presidential debate, there is often one electric moment when a candidates grasps control of the moment and steals the show.

If it had not been for the empty seats in the Corley Auditorium at Missouri Southern State University tonight (courtesy of Joplin Globe Editor Carol Stark's rules), the room would have filled with applause during a response to the problem of teacher turnover in the Joplin R-8 School District.

Incumbent board member Randy Steele blamed the tornado. He blamed it on the stress, blamed it on high school teachers not being ready for the 1-1 initiative where laptops were given to all of the students. Of course, that did not explain why middle school and elementary teachers were also leaving the district in droves, but it managed to get Steele through the answer.

Lynda Banwart indicated she wanted to hold on to teachers and who could argue with that sentiment.

After Flowers finished, there was a long pause as he slid his microphone over to the next candidate, former Irving Elementary Principal Debbie Fort.

At that point the electric moment occurred. In another forum, in which the people would be permitted to fill those empty seats, there would have been a moment of stunned silence, then thunderous applause.

Since those seats were empty, I have to imagine that response was how many of those seated in their living rooms tonight or during one of the numerous playbacks of the forum before election day when they heard Debbie Fort say the words that so many of us have thought over the past several months.

"I am sick to death of blaming the tornado."

At that point, not learning from the lesson of former Vice President Al Gore, Flowers did something candidates s:hould not do, he began raising his eyebrows as if he could not believe what Debbie Fort was saying. It was something Flowers did time and again during the forum.

The three candidates who have questioned the school district's status quo jumped on the teacher turnover question.

Following Mrs. Fort's response, David Guilford said, "This is a problem and we need to address it." Guilford blamed it on a lack of support. Jeff Koch echoed the sentiments of Mrs. Fort and Guilford.

Shawn McGrew, the final candidate to address the question had his own unique spin on the turnover issue, claiming the solution is already in place in all of the programs that Superintendent C. J. Huff has implemented, though he did not mention Huff's name. He did, however, mention nearly all of the programs.
***
Other links to Turner Report coverage of the March 24 Joplin R-8 Board of Education Forum:

Winners and losers in tonight's forum
What Jeff Flowers and Randy Steele Did Not Say Said a Lot
Flowers: We Are Open and Transparent; Koch, Guilford, Fort: No, You're Not
Posted by Randy at 6:31 PM

Amen, Debbie, Amen! And Flowers and Steele both demonstrated the problem with the current board. The arrogance to blame teacher turnover on something like the 1-1 (and Turner is right--that only explains the high school) or to compare it to the national average is unbelievable. The national average includes inner city school turnover, higher mobility in cities, and work programs in which teachers only contract to teach for two years in return for having their school debt paid off. That's apples to oranges. How about comparing Joplin now to five or ten years ago? They both came off as defensive and, well, as offensive tonight. No substance but Flowers, especially, was all arrogance.

Definitely a round of applause in this living room! Go get 'em, Deb, go get 'em!

I wasn't sure what McGrew was trying to point out. How nice for those teachers like Tobin who get to teach their pet project all day. But Mr. McGrew, as hard as it is to see this point and accept it, SOMEONE HAS TO TEACH ACADEMICS, fool. So, please, stop talking about what you do not know, even if that means you must just stay totally silent. It would be a definite improvement.

Lynda Banwart came off as a very nice lady. Unfortunately, she could only speak in generalities, having no experience in education.

Debbie Fort gave very sensible answers to all the questions. I was favorably impressed with Mr Guilford's answers too. It would be so refreshing to get some people with common sense on the board. Both Fort and Guilford were in favor changing the stifling policy of addressing the board. They would probably even respond to email from concerned parents. Current board members have not responded to my email.

The arrogance and condescension in Flowers's reactions to genuine questions underlines his underlying attitude: that the concerns of the public aren't worth his time.

Unfortunately, some of the incumbents have the weight of money and connections behind them, and this often influences elections more than anything else.

I am hoping for the best (replacing some of the current board member) but it won't be an easy road.

No public allowed into the forum. If there was a press conference and the Globe was kept out, Carol Stark would have a fit. This is just another reason that Carol Stark needs to go. She has become a example of bad journalism, and a example of journalistic censorship. The public has the right to question the people who will have a impact on their children's education. Carol and the Globe were wrong in keeping people out. They should be ashamed of themselves.

If CJ told Carol to keep the forum closed, then that was reason enough for the decision to close it. Mark Rohr probably told her it was fine to open the city council forum to the public.

I find it funny how all the candidates except Ms Fort began in a political manner. When Ms Fort spoke only the truth about the district's real issues and concerns, the other members who spoke following her all of a sudden changed venues and agreed with her. She is the only one who belongs on that board out of the candidates. We need individuals who have been educators, not just apart of the school environment. We need someone who's been face to face with the issues of the district on a daily basis and someone who knows what it's like to stand up to the district's bullying. Ms Fort truly has the students, faculty, parents, and taxpayers' best interests at heart.

Guess why so many families and students have left the district?..............It isn't because of the tornado.

Joplin needs to stop trying ot be like big cities. We are NOT a big city we are a medium city smaller then Springfield. Furthermore, I am sick and tired of my High School child coming home and telling me that today he had yet ANOTHER substitute in a core class or all they did was have a fun day. I am all for fun days but not day after day. The computers have created confusion, unoranization and a replacement for ALL books whether text or simple reading books. This is not a realistic approach to how to teach a child how to learn. Teachers need to go back to teaching.

As for those running for school board whether new or imcumbants be careful of the hidden agendas of some.