Huff to Jet 14 audience: I have no shame whatsoever in how we handled our funds 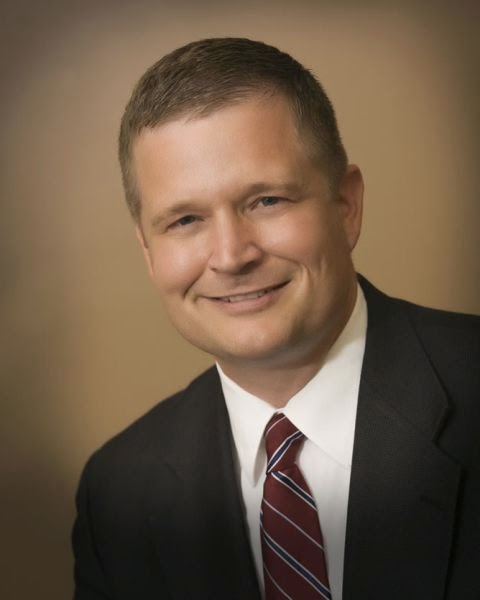 When you have Jet 14 and endless reruns, you do not even need to accept money from the Joplin Progress Committee.

During the last 10 minutes of the Joplin R-8 Board of Education meeting, which ended moments ago and was televised live on taxpayer-supported Jet 14, Superintendent C. J. Huff spent time praising the work done by the Board, including, of course (but not mentioned by name) Board President Jeff Flowers and Randy Steele, who happen to be running for re-election in the April 8 election.

The speech, something Huff said he just had to say, came at the end of the meeting and addressed many of the items that were brought up, and not handled well, by Flowers and Steele at last night's candidate forum.

Huff addressed the 8 to 10 percent fund balance, which has been criticized (and which one board member said a few moments ago may dip down to seven percent) and said the board had done what was necessary to keep school going and that everything was done for the children.

"I have no shame whatsoever in how we handled our funds," Huff said.

The superintendent indicated that you have to be on the inside to understand how school finances work. "It's hard for the community to understand."

The handling of the district's finances under the Huff Administration was a target of board candidates Jeff Koch and Debbie Fort during the candidate forum, even though Huff was never mentioned by name.

While Huff's impassioned defense of the board's handling of money centered around the completion of the new buildings and paying for facilities for the students to attend school while those buildings were under construction, the superintendent never mentioned the main areas of overspending that were attacked by Mrs. Fort and Koch.

Not once did he mention that staffing at the Central Administration office has tripled since he became superintendent, a fact that Mrs. Fort cited, and one which can be verified by examining Missouri Department of Elementary and Secondary Education records.

Nor did Huff talk about the increased travel, including nearly $100,000 hopscotching the nation on a thank-you tour. Jeff Flowers told the Joplin Globe last year that all of Huff's travel had been approved by the Board of Education.

Other travel has included trip after trip to one seminar and conference after another with many teachers missing numerous days. Mrs. Fort noted Monday night that one of her teachers was pulled out of class for 40 days, nearly one out of every four-and-a-half days of school, to attend administration-mandated seminars.

Also left unaddressed by Huff was the addition of layer after layer of lower-level administrators or quasi-administrators, such as the teaching/learning coaches, 21st Century coaches, and career pathway directors, none of whom are in the classroom working with children.

Huff attempted to give answers to questions that left Flowers and Steele stumped the previous evening.

Essentially, with an election that started with a slumber party at the Administration Building, with board members using their own keys to allow themselves and Administration-favored candidates to wait in a warm building, using district wireless technology and other amenities, and which is scheduled to end with a perfectly timed election morning thank-you breakfast at East Middle School for Bright Futures volunteers, C. J Huff has once again shown a willingness to use taxpayer-supported facilities to get what he wants.

Huff thinks he is the smartest person in this poverty stricken tornado damaged city. He would never admit that there ARE people in the community who understand finance and budgeting. It's embarrassing to hear him carry on like he is the savior of our district. One more example of why we need change.

Shades of Besendorfer--you poor dumb little people, you can't possibly understand how we big, bad administrators finance this big old district, so just don't worry your poor little heads about it and let us take care of things...

If the fund balance isn't important, then why is it recommended that it be kept no lower than 25%? One small blip on the radar and Huff and Co. will be paying staff with IOUs. Perhaps it would have been better to have been more prudent all along and then we wouldn't be in this mess.

That he has no shame is readily apparent. But thanks for sharing, anyway.

Now, as I recall, in that Wisconsin speech, Huff brags about having hired a good team and school board. I don't think he got his money's worth if he's having to do clean-up operations after his pet candidates blew their custom made forum last night. Perhaps he should fire his board team and let the new ones help him out. The rest of us would approve of that move.

There are no scruples in R8 administration. You do whatever it takes to get what you want, period. Fire people, even if you have to set them up, spend whatever you want, hire your own personal army, and then say it's for the kids. I'm as tired of that old saw as I am tired of him blaming everything on the tornado. Bright Futures needs to stand on its own two feet as a private foundation and quit bleeding the public dry so CJ can have another source of money to waste. Volunteers should refuse to go to the breakfast so that money can be used on students, as intended. Don't let him get away with this outrageous and unethical use of funds.

I suppose the Rubber Stamp Club rehired this idiot with a ceremonial 7-0 vote. He could take a paycut to help the budget considerably, then let about 30 micromanagers go. But that will never happen. And once again, teachers will get a whopping 1% raise (tops) followed with letters telling them that their raises mean 0% added to their paychecks. Gosh, I wonder why they're leaving in droves again?

So, Mr Huff n Puff. That is how I will refer to you as you are always blowing smoke up everyone's proverbial skirt. Now to my point, or rather a question. Which I doubt you have the nerve to answer without having a special "closed" door 7-0 vote on if you should respond. Here goes. Mr Huff n Puff so you say that you have no shame in how you and the regime handled funds. "How do you explain or the flight(s) to Germany to look for furniture?" I do seem to recall as I have driven up and down Rangeline Road in Joplin for many years that there are more than one office supply/furniture stores. Am I wrong?