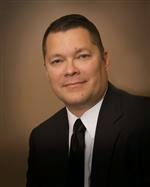 The Jeff Flowers campaign was in need of a cash injection last week when the Joplin Progress Committee came through with $723.06.

According to Flowers' financial disclosure report, filed this morning with the Missouri Ethics Commission, the Joplin R-8 Board of Education president was down to his last $5.40 (the district apparently wasn't the only entity with low cash reserves) when the Joplin Progress Committee made its contribution.

Flowers reported receiving $395 in contributions, but listed no names for any of the contributors.

At this point in the campaign, including the $723.06 the Joplin Progress Committee gave to his campaign last week, Jeff Flowers has received $3,368.06. He has not provided a name for any of his contributors, except for Judy Priddy, who gave $200. In addition to the $1,723.06 he has received from the secretive Joplin Progress Committee, Flowers has listed no names for $1,435 in contributions.

Graft and corruption must really pay off for the candidates to spend this kind of money. I'm I the wrong line of work.

I would guess another very vocal board member and a few other people with a vested interest in his success are behind him.

But it won't do any good, Mr. Flowers. You can hide those names with the skeletons buried deep, very, very deep, in your closets, but the truth will still come rattling out one of these days, who knows how.