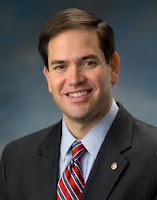 After a devastating loss in his home state of Florida, Sen. Marco Rubio has suspended his presidential campaign.

The announcement was made moments ago in a speech given by Rubio after news networks projected businessman Donald Trump as the winner of the Florida primary At the present time, Trump is collecting 48 percent of the vote to 26 percent for Rubio.

Rubio has been the only presidential candidate during this cycle to come to Joplin. A Rubio rally was held December 18 at Millennium Tennis and Fitness Club, 1227 North Range Line Road.

Ben Carson made an appearance.

You are correct. I should have said that Rubio was the only political candidate to make a campaign stop. Ben Carson's visit was part of a book tour.