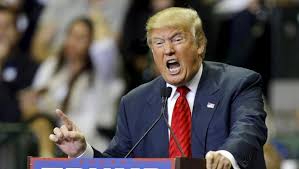 (From the Eagle Forum)

Phyllis Schlafly, conservative icon and founder of Eagle Forum, met privately with Republican presidential candidate Donald J. Trump today before introducing him at his St. Louis campaign stop. After the event she released the following statement:

“I asked Donald Trump to support the Republican platform because this is the best and most conservative platform we’ve ever had. I gave him one of my copies of the 2012 platform. He endorses it and I believe he will stand by it. I am confident that Donald Trump will stand up against bad trade deals, reform bad immigration policies, and appoint constitutionalist judges like Antonin Scalia.

"We have been stuck with the losers chosen by the Republican establishment for so long, and it's time for a change. Now we have a guy who is going to lead us to victory!"
Posted by Randy at 6:22 PM

I wouldn't want her to endorse me.
bleh