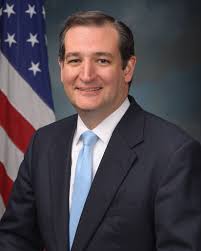 Evangel University can confirm that a contract has been signed  with a representative of the Ted Cruz campaign for the use of the Robert H. Spence Chapel from 8:30 to 10 pm on Saturday, March 12, 2016.

The doors open at 7:30 pm. This is the spring break for Evangel, so parking should be adequate. The facility seats approximately 2,200 people.

The rally is a ticketed event, but tickets are free. Those interested can go to tedcruz.org to print a ticket.

This is not the first time that a presidential campaign has come to the Evangel University campus:
Commentator Patrick Buchanan visited the campus during the primaries in 1996;

Dick Cheney, while campaigning for vice president, held a large rally in the Mabee Student Fitness Center just a week before the election in the fall of 2000; the facility was packed with a couple thousand people, and the Evangel University Concert Choir sang under the direction of Sharon Wilkins.


Also, recently retired pre-law professor Bryan Sanders fondly remembers, as a student in in 1980, "The college Republicans served as the official baggage handlers for presidential candidate Ronald Reagan, when he held a rally at the Ozark Empire Fairgrounds."
Posted by Randy at 11:26 AM

If you have a ticket are you guaranteed of having a seat.

This guy is more of a Nazi than Trump. He actually is scarier than Trump because he keeps it hidden. I honestly believe that he is the reincarnation of Joseph McCarthy.