What does the Joplin Globe have against Jim West? 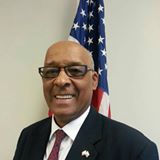 The Joplin Globe's page one story today giving its readers a look at Joplin City Council members basically contained information the candidates had filled out in questionnaires sent to them by the newspaper.

It featured details about the candidates' backgrounds, their beliefs about the city government and what they felt should happen in Joplin's future.

Some solid information was included in the article.

That being said, at two points the article diverged from those questionnaires in a way that made it seem like the area's newspaper of record was once again attempting to influence the election.

The Globe took the time to add some information to council candidate Jim West's section:

In 1995, he was reprimanded by the Council after he was accused of trying to intervene with the Joplin Housing Authority when he inquired about a friend's staus on a waiting list for public housing.

That negative piece of information was the only thing that appeared to be added to the segments on any of the candidates.

It was reminiscent of the lengths the Globe went to two straight years to make sure readers knew about Joplin R-8 Board of Education candidate David Guilford's lack of a formal education. Guilford, of course, was a candidate who former Superintendent C. J. Huff did not want to see elected. No other board candidates were treated in that fashion.

The second instance of the Globe departing from the questionnaires, which I noted in the last Turner Report post, was the news, tacked on at the end of the article and six months late, that the Joplin Progress Committee no longer existed. That portion of the article began like this:

Controversy in City Council and Joplin School Board races two years ago resulted in the formation of a Joplin political action committee, the Joplin Progress Committee, that made endorsements and campaign contributions to candidates whose views with aligned with committee members.

That certainly does not provide the readers with much information about this controversy. Part of it had to due with a grass roots rebellion that put Debbie Fort on the Board of Education in April 2014, but the biggest controversy at that time involved the aborted August 2013 attempt to fire City Manager Mark Rohr.

After the committee formed, a second vote was taken and the mayor joined the other four council members and Rohr was history.

The Progress Committee targeted Golden and Raney, the only two who were on the ballot, pouring thousands of dollars into the campaigns of those who were opposing them. Neither was re-elected.

The Globe made a big deal about the creation of the Progress Committee in November 2013, acting like it was the best thing to ever hit Joplin. This went along with the newspaper's consistent pro-Rohr editorials and articles, including trying to create a controversy out of a voting bloc that was thwarting the city's progress. Interestingly enough, that voting bloc consisted of five council members, the majority. It was never explained why it was these five who were causing problems rather than the other four.

After Rohr was fired, the Globe waged a court battle to have the complete contents of the Loraine Report revealed, but when it was made public, little of what it included was ever printed in the pages of the newspaper, especially the parts that were highly critical of Councilman Mike Woolston and spelled out a consistent pattern of unethical behavior on Woolston's part.

As a result, Woolston had no problem getting re-elected, those his victory margin was less than it would have been since the information about his activities was beginning to spread around the city.

Since that time, the Globe has attacked the accuracy of both the Loraine Report and the state audit of the City of Joplin, both of which uncovered information that had been purposely kept out of the Globe.

Part of what the Globe has taken pains to hide has been the major role played by members of CART and the Joplin Progress Committee into working with Rohr to create the position of master developer and deliver it to Texas con artist David Wallace of Wallace Bajjali.

By downplaying the audit and the Loraine Report, the Globe is also able to avoid having to write about the information revealed in the Loraine Report that Joplin Progress Committee leaders Clifford Wert and Jerrod Hogan attempted to strong arm Mayor Colbert-Kean in an effort to derail the Lorraine Report the minute it became certain that the probe would be looking into Woolston's activities and also the steps that had been taken to bring Wallace Bajjali to Joplin.


Considering that Jim West was one of those who wanted to see changes in the city that apparently coincided with the beliefs of some of those who have been targeted by Carol Stark, the Globe, and the Joplin Progress Committee, it is no wonder the negative paragraph was added to his profile.

It is business as usual for the Joplin Globe.
Posted by Randy at 3:01 PM

He is buddies with scearce and rosie, and that scares the globe...anyone remember back in the early 90:s when west and his wife got into a scuffle..the globe ate it up

I doubt either Scearce or Rosenberg would refer to West as a "buddy". West is hardly equivalent in his previous service to that of which was rendered by these two gentlemen. West is certainly more honest than Woolston, but that's as far as my suppport goes. I'm surprised the Glob did not mention the campaign sign incident as well.

at least they didnt mention his sexual assault that was claimed against him or about he and his wife fighting. or the claims against him for improper use of funds as councilman.

West tried to use his position on council to help his friend; his other behaviors highlight his general lack of character and didn't belong in the story, but his specific actions while serving are relevant when he is running for that position again. Sorry--I'm no fan of the Globe or its editor, but I think this time (regardless of their motivation) the info was a proper addition to the story.

Among younger children, enrollment in the district’s elementary centers for the highly gifted was 47 percent white, 34 percent Asian, 8 percent African American, 8 percent low-income and 4 percent Latino in the 2013-2014 school year, according to a research firm’s report to the county board of education...

I have had a relatively good view of how West has behaved in his position(s). Meeting him face to face he, like most politicians, is a friendly guy. Behind the scenes he is a self serving jerk.
Still the Globe should treat everyone equally. Clearly it does not.

I wouldn't waste my vote for him look at how many times he's been elected, all we get is broken promises