My open heart surgery and a few announcements 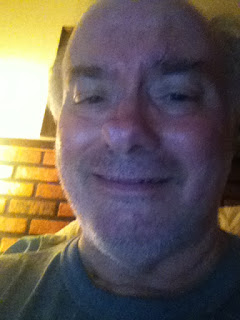 You do not get to recover if you never entered the battle.

That is one of the old chestnuts I have unearthed as I try to achieve some normalcy in the aftermath of my latest battle with health issues.

Those who have read my Facebook page have known that on the early morning of Monday, April 17, approximately 2:30 p.m., I checked myself into the Freeman Emergency Room, not knowing I was in the process of having a heart attack.

Truth be told, it may have been a second one. I had a similar pain for a short time the previous evening. It went away quickly, but after a year that has seen me go undergo four stents, I decided I would go to the emergency room at the next hint of chest discomfort.

A quick procedure was done to implant a balloon which would stay in while my body was being drained of a blood thinner I had taken following the stents. The balloon stayed in for the next week, leaving me on my back in the Freeman ICU.

The procedure, a triple heart bypass, was conducted during a five-hour period the evening of Friday, April 21. I was told it was a success and now the hard part would begin- doing the necessary work to bring myself back to regular, ordinary life, as it is.

I did my best during this past week to do what I was told, not complain, and work toward being released as soon as possible. The hard-working people at Freeman have done so much for me over the past year, that I will never find a way to repay them.

The last thing they needed was some 60-year-old whiner, realizing that his life had taken a change for the worse and dragging everyone down into the mud with him. I won't say that I did not complain, but if I did, I quickly apologized for it and tried to do better the next time.

When it was time for four a.m. x-rays, three-times-a-day physical therapy, or having to take a dozen pills at a time when I was on a restricted liquid diet. (I have a hard time swallowing pills without plenty of water). I went along with it.

Finally, on Thursday, my last physical therapy session, took me into an area of the hospital where I could walk up and down stairs. I went up the stairs once and back down, but it was a big thrill when I was told, "You're ready."

Thursday night and Friday, I moved into my new home for the next month or so, though it is a home with which I am familiar, having lived there from 1956 through 1977. My parents, in their 80s, are stuck with me until I am freed from doctors' restrictions on my driving and traveling.

With the help of Freeman Home Health, we are not having to do this alone. Miracles truly have taken place in medicine over the past few decades.

Of course, my parents are stuck with someone who has a beard that should make people wonder if the rumors of Merle Haggard's death were not exaggerated.

As the hours passed, I put off writing this post. I was not sure what I wanted to say. During a brief period of this enforced separation from blogging, I read some of the comments that had been left on the blog and on my Facebook pages.

One woman as much as said that she hoped I had another heart attack and died. Others who were upset about posts I had written earlier, had similar comments, most referring to me as an unfeeling person who writes whatever he wants to do just to damage people's lives.

I would say the people who feel inspired to share such comments on social media are the ones who do not care about damaging lives.

I don't plan on dwelling on what those people say. I prefer to think about and humbly say thank you to all of you who have given me your prayers, your kind wishes, and your thoughts about the work I do.

I don't plan on overdoing it, but the Turner Report, Inside Joplin, Inside Joplin Obituaries, and whatever other blogs I am working on, will continue, I will keep writing books, and I am hoping to have a couple of surprises to announce in the near future.

Thanks again to the best support staff a recovering open heart surgery patient could ever ask for.
Posted by Randy at 11:13 PM

If you don't have enemies, you haven't done anything. Apparently, even Jesus had a few: and I hear he was a pretty nice fellow. So please keep "doing you," and know that for every self-loathing basher there are thousands more who appreciate you and what you do!

Glad your are feeling better and back. Time to work on those maaaw and paaw stories.

Praying for your recovery and return to your world!. Thanks for all you do, it is important in this day of one sided information.

Keep chugging along Randy! You are one tough dude! We appreciate you!

Kept looking for you ... You were missed. Glad you're feeling better! Welcome back and thanks for all you do!

Randy - Glad you are doing well. I had a triple bypass the Saturday after the tornado. Thought I would just jump up and get going. NOT! Took me almost a year to feel near what I used to be. Hang in there. Best wishes. Did you get a moose or a bear?

So sorry to hear the news! Wishing you a speedy recovery!! Many prayers, too!! I am thankful you bring the truth out instead of sliding it under the rug like other news organizations!!

I got a moose, Rick.

So glad you are recovering, and that you can stay with your parents during that time. Take the time to heal and rest. Don't worry about what haters say. They are sad, vindictive people with nothing better to do.

Now for all of you who are glad to have Randy back, please SHOW him you're glad, and, if you haven't already, why not use this perfect opportunity to purchase a subscription from him? You know he can't do all he does for free. And you KNOW a lengthy stay in the hospital, as well as open heart sirgery is NOT cheap. Prove to him that you appreciate his honest reporting and his way of bringing the truth out into the open. I, for one, will contribute a little extra to Randy. I'm already a yearly subscription holder. A guy's gotta have a little help from his friends once in a while, and this is one of those times! Thanks, Randy. Keep up the good work. We're glad you're back!!!

I'm glad you're feeling better and out of the hospital. I wish you a speedy recovery.

You were definitely missed. So glad that you are going to be ok.

Well I love your blog and have missed you. So happy that you are back. Also, pretty sure that we are related. Are you from the Stockton Turners?

Great to hear you're recovering and feeling up to writing. Sending you warm wishes for a speedy and uncomplicated recovery!

Randy, I'm so happy to see that you are back. You and your reporting were really missed while you were away. What you've been through is a BIG DEAL, and I hope you feel better every day. Two questions for you. What's up with the moose vs. bear thing? Inquiring minds want to know! And do you have to have a Pay Pal account to use a credit card to pay for a yearly subscription? Again, welcome back. :)

To Anon 12:02 a.m- Freeman Auxiliary provides a free, large stuffed moose or bear to every patient to hold when coughing, which is one of the most painful, but frequent things that takes place before and after the surgery. They are extremely helpful. As for the subscription or contribution, you should have no trouble at all using a credit card on PayPal. Thanks.