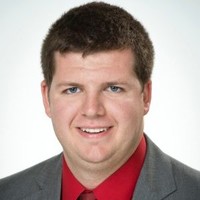 Webb City Junior High School math and science teacher and coach Nicholas Popejoy is being held in the Webb
City Jail on a $100,000 cash-only bond after being arrested Friday on a statutory sodomy charge.

Popejoy, 28, Webb City, has been with the Webb City R-7 School District since 2014 and has been a junior high basketball and track coach and more recently freshman basketball coach.

Before he was hired at Webb City, Popejoy was a junior high track coach at USD 249 in Frontenac, Kansas from 2012 to 2014 and served as a youth tutor at the school while attending Pittsburg State University.

Outside of the district, Popejoy has coached the Southwest Missouri Vault Club and between July 28 and August 3, he accompanied five pole vaulters to Greensboro, North Carolina for an AAU Junior Olympics competition.

R-7 officials placed Popejoy on leave November 15 and was arrested at the school week later when he arrived to pick up his belongings, according to a report from Shannon Becker with Joplin News First and Four States Home Page.

In a news release issued today, the Webb City Police Department revealed that Popejoy's alleged crime occurred at the school: 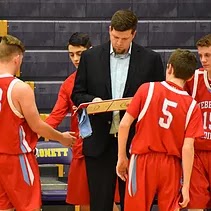 On Friday, November 22, 2019 at about 17:00 hours Nicholas A. Popejoy (a 28-year old white male from Webb City) was arrested at 807 West First Street in Webb City for probable cause Child Molestation-3rd degree.

The arrest stems from an allegation of sexual misconduct that reportedly occurred on Friday, November 15, 2019 at 807 West First Street in Webb City.

We appreciate the public’s patience and cooperation as we diligently conduct our investigation into this incident.

The safety of our citizens, especially our children, is our utmost priority. We are asking that anyone with any additional information in this or any similar case please contact Detective Sergeant Joe Beckett with the Webb City Police Department (417 673-1911).

The accompanying video is from Joplin News First and the KSN/KODE You Tube page.

Wasn’t he arrested for child molestation not the statutory sodomy charge? Is the county charge due to the same incident or has other children came forward? So many questions

He was arrested for the initial charge of 3rd Degree Child Molestation. However the WCPD submitted the probable cause to the county prosecutor. Based upon what was in the PC the county prosecutor leveled up charges to 1st Degree Sodomy. In a situation as such, most likely multiple charges can come from one alleged “incident”. One thing the authorities emphasize are others who might be victims.

This instructor has worked at this school for 6 years. Think about this! Are there other victims or is this one incident not going to be an incident at all? This man was ruined as soon as he took the "perp walk". I am making no point with my comment, rather I sit here and shake my head. Why are there so many accusations of inappropriate touching going on lately in the same area?