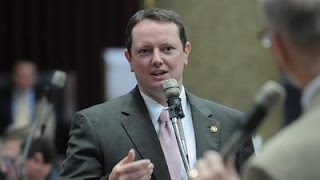 KY3 reports charges are pending against a driver who sideswiped or rear-ended five cars, including one driven by Rep. Eric Burlison, R-Springfield, Wednesday night on I-44 between Strafford and Northview.

Burlison's name was not mentioned in the report, but on his Facebook page, the legislator wrote the following:


"Someone driving a black Chevy Avalanche just ran my car off the road on I-44.  They are driving westbound.  They raced to get to my car and then clipped the tail of my vehicle which sent me spinning into the guard rails (which saved my life). "