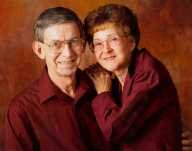 Nearly three decades have passed, but few nights remain as clear in my memory as the Saturday night the rains came in May 1984.

About 1,500 people were shoehorned into the Lamar High School football stadium, waiting to see the final event of the centennial celebration of the birth of the city's most famous native son, President Harry S Truman.

The Truman Pageant was a community-wide effort. An incredibly realistic depiction of the way downtown Lamar looked in 1884 had been created by the Lamar Art League. Nearly every local celebrity in the city was playing a part in the production. The mayor was played by Mayor Gerald Gilkey, the school leaders by Superintendent Glenn Williams and School Board President Ronnie Means. My boss, Lamar Democrat Publisher Doug Davis, was playing the role of the first editor of the Democrat, Lee Chiswell. Dozens of Lamar citizens played roles in the creation of the Truman Pageant. The part of Truman's father, John Truman, a mule trader, was played by the son of the Lamar mule trader whose mules were part of President Truman's inaugural parade in 1949.

And all of them were completely soaked by the end of the production, except for two.


Marilyn McCarter and I were safely located in the press box, the only place where we could make our contributions to the pageant.

I had researched how the city of Lamar was in 1884, using the book, The Story of Barton County, by historian Marvin L. VanGilder, back issues of the Democrat, and tossing in few one-liners of my own. I also served as the narrator of the pageant, which was told through the voice of that first Democrat Editor Lee Chiswell.

Marilyn's contribution, which perfectly set the mood for the Truman Pageant, was the music. Through painstaking work, Marilyn had picked pieces which perfectly captured 1884 Lamar. I would read some narration, then the music played as the actors on the football field pantomimed the scene.

And despite the torrential downpour, which completely destroyed the set, I don't recall seeing one person leave the football stadium that evening.

I also don't recall many occasions in which I have had so much fun. During that evening and the practices we held earlier that week for the pageant, Marilyn McCarter kept me laughing almost the entire time with a series of hilarious remarks. When the first practice was going horribly, I was fearing that the pageant was going to be a disaster. Marilyn took it all in stride and kept the spirits of those us in the press box upbeat.

And when Saturday night came, and the pageant went off without a hitch (except for the weather),  I developed a deep appreciation of her composure and her vision. She was able to envision the final result in a way that none of the rest of us could.

We were able to work together once more, when the Pageant was revived a few years later, this time with a permanent set, once again built and painted by the Lamar Art League. For a second time, the Truman Pageant was a success and I was looking forward to having many more occasions when we would work together to make the pageant an annual event, or at least one that happened every two or three years.

Sadly, that was the last time the pageant was held. As far as I know, the backdrop, which is stored by the City of Lamar, has only been used once, for a different, far less successful Truman Pageant, in 1997.

The only times I saw Marilyn McCarter outside of the Truman Pageant were when I was covering school news in the Golden City School District, where she served as band director, for several years.

Music and family were the two great loves of Marilyn McCarter's life. Whether she was rhapsodizing about the Dizzy Gillespie concert she attended in Pittsburg, collecting the music for a community project like the Truman Pageant, or sitting in for a session on her beloved drums, music was always present in her life.

I was saddened to read a Facebook announcement last week from her husband, Doug, that Marilyn died in December.

I was always hoping that some day we would have at least one more chance to work on the Truman Pageant together. That will never happen, but I am certainly grateful for the music she added to our lives.
Posted by Randy at 9:05 AM

Marilyn was truly a lady with a lot of spunk and love for life. She will be missed by many many people.