Hartzler: No gun control, but some of Obama recommendations have merit 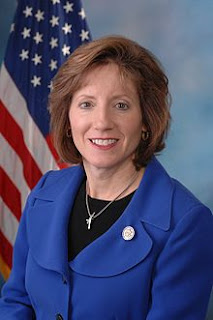 This week we heard from President Obama as he issued more than 20 executive orders and proposals in an emotion-driven response to December’s Newtown, Connecticut school shooting. In essence, the President called for more restrictions on Americans’ Second Amendment rights. But the plain truth of the matter is that restricting Americans’ Second Amendment rights would not have prevented a mentally-ill individual from carrying out this tragic shooting. Many of his orders misdiagnose the problem and infringe on the right of Americans to defend their lives and the lives of their loved ones.

As a former public school teacher and mother, my heart goes out to the families of those innocent young lives who were taken much too soon. I can only imagine the grief and sorrow they are experiencing and pray to God that no parents, brothers, or sisters will have to bear this burden in the future. But we must take on the reckless excess of gun violence with actions that will truly help protect our children and grandchildren. Emotionally-inspired legislation in the wake of any tragedy is never an appropriate response.

One of the President’s gun control proposals is to ban high-capacity magazines, suggesting this will stop killings. Facts show this proposal is an unnecessary overreach. FBI crime statistics show that in the course of the average criminal shooting, between three and four rounds are fired, well below an arbitrary 10-round limit. The simple truth is that banning high-capacity magazines will do little to keep out streets safer.

Another of his proposals is reinstatement of the 1994 assault weapons ban. We’ve ‘been there; done that.’ It didn’t work. Research conducted by the Centers for Disease Control and Prevention and the National Research Council indicates there is little proof that the assault weapons ban had any impact on reducing gun violence. A 2004 report submitted to the U.S. Department of Justice found reinstatement would have a small impact on crime as these weapons are rarely used during the commission of crimes. Given these facts, it is clear the President’s call for additional gun restrictions would likely not have significant impact on efforts to protect the most vulnerable among us.

Beyond gun-restriction proposals, some of the ideas the President presented have merit and should be discussed further. For instance, he is calling for more school resource officers and better emergency response plans to make our schools safer. He also wants to ensure that young people get the mental health treatment they need. We must have a meaningful conversation about mental health issues and other possible contributors to violent behavior, such as violent video games. Ramming through gun control legislation is a simplistic response to gun-related tragedies and is the wrong response that fails to address the underlying problems. We must commit ourselves to the task of addressing the human factor behind gun violence, rather than simplistically attacking the tool used by criminals.

Three 2012 winners came from Missouri’s Fourth District and, as a former public school teacher, I am hoping to have the opportunity in 2013 to congratulate more young people who are going above and beyond by volunteering and assisting in their communities.

The Congressional Award was established by Congress in 1979 and is the only official medal program for America’s youth. It is an ongoing program with no registration deadline. The program is open to all and accommodates young people with special needs or disabilities who are willing to take the challenge.