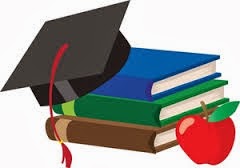 The rollout of Common Core Standards and the tests that go with them continues to run into serious problems in New York.

An article in today's Washington Post reveals that 530 principals and more than 3,000 parents have signed on to a letter originally submitted by eight principals who had concerns about the validity of the tests. The letter is printed below:


Dear Parents,
We are the principals of your children’s schools. We serve communities in every corner of New York State — from Niagara County to Clinton, Chautauqua to Suffolk. We come from every size and type of school, with students from every background. We thank you for sharing your children with us and for entrusting us to ensure that they acquire the skills and knowledge they need to achieve their dreams and your hopes for them.
This year, many of your children experienced the first administration of the newly revised New York State Assessments. You may have heard that teachers, administrators, and parents are questioning the validity of these tests. As dedicated administrators, we have carefully observed the testing process and have learned a great deal about these tests and their impact. We care deeply about your children and their learning and want to share with you what we know — and what we do not know — about these new state assessments.