What the Joplin Globe hasn't told you about Wallace-Bajjali, Part One 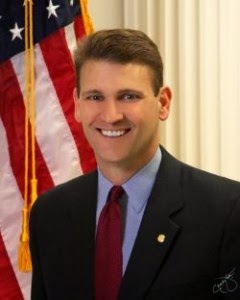 Since the May 22, 2011, tornado, the Joplin Globe has served as more of a cheerleader for anything that Joplin city or school officials have proposed, despite the fact that these proposals have the potential to cost taxpayers millions.

For example, the Globe's coverage of the problems surrounding the city's master developer Wallace-Bajjali, consisted of a paragraph in which City Manager Mark Rohr said he knew about difficulties the Texas firm had with the Securities and Exchange Commission and that it was not a problem.

If the public had been aware of Wallace-Bajjali's background, that one-paragraph explanation would have seemed ridiculous.

The Turner Report and Inside Joplin have been reporting on Wallace-Bajjali for the past several months and now seems like an opportune time, in light of the solid work done by KOAM's Jordan Aubey in pointing out the lack of progress of any project Wallace-Bajjali has been involved in since it opened shop in Joplin.

The following was published on both blogs on August 13.


The Texas firm which is handling the city of Joplin’s $800 million redevelopment of the tornado-stricken area has been the target of an SEC investigation and has been involved in at least two bankruptcies.
The SEC investigation into Wallace-Bajjali ended up with the Sugar Land firm having to pay back $1.2 million to investors and with partners David Wallace, (pictured) the former mayor of Sugar Land, and Costa Bajjali each having to pay $60,000 fines. The final $15,000 payments on those fines were made March 28, 2012, three days before the City of Joplin hired the firm.
Both men entered into agreements May 24, 2011, to pay the fines, though neither admitted to any wrongdoing. Joplin city officials say they are fully aware of the SEC fines and have corroborated Wallace’s claim that others were at fault.
SEC Investigation
In its complaint, which was filed May 20, 2011, the SEC alleged that between November 2006 and December 2008, Wallace and Bajjali “offered and sold securities in two real estate funds they controlled in Houston, Texas, called the Wallace Bajjali Investment Fund II, L. P. and the Laffer Frishberg Wallace Economic Opportunity Fund, L. P.
In written disclosures relating to the securities offerings, Wallace and Bajjali told investors they would limit the Funds’ investment in any one business or project to certain percentages of the money the Funds raised- no more than 33 percent for the Wallace-Bajjali Fund and no more than 20 percent for the Opportunity Fund.
“Contrary to their written representation, Wallace and Bajjali far exceeded these limits by heavily investing the Funds’ money in Business Radio Networks, L.P, doing business as BizRadio, a struggling media company. As a result, they subjected the Funds’ investors to substantially greater investment risk than the Funds’ written materials disclosed.”
The statement of facts filed by SEC says that by May 2007 the Wallace-Bajjali Fund had received more than $16 million and had invested more than $6.5 million in BizRadio. The ratio was even higher with the Opportunity Fund, where $7 million was raised and $4 million went to BizRadio, far more than the 20 percent limit. Court documents indicate Wallace and Bajjali entered into an agreement with a company called Investment Adviser in Houston to handle the securities funds. It would appear that the two are casting the blame on that company for violating SEC regulations.
BANKRUPTCIES
Though City Manager Mark Rohr told the Joplin Globe that he and the City Council were fully aware of the SEC investigation, nothing in the three paragraphs in which the Globe has addressed Wallace-Bajjali’s problems mentions anything about the bankruptcies that have surrounded the firm.
Though the Wallace-Bajjali firm was not the name on the filing, Joplin’s master developers filed for bankruptcy January 1, 2013, and are more than $6 million in debt, according to documents filed in the U. S. Bankruptcy Court for the Southern District of Texas.
River Square Center Partners, the company that filed for bankruptcy, shares the same address and the bankruptcy petition was signed by Costa Bajjali. The River Square Center complex, which is operated by Wallace-Bajjali Development Partners, filed for Chapter 11 bankruptcy after defaulting on a $6,527,321.10 debt to Wells Fargo Bank, according to the court documents. The events leading to the bankruptcy were described in court documents:
The Debtor is the owner of a three-story 92,874-square-foot former warehouse building located at 215 2nd Street & 217 Mary Avenue in Waco, Texas, that has been converted to retail, restaurant, and office space and is currently considered a focal point for night life in downtown Waco.
The project is 93.0% leased to 17 tenants and has adequate cash flow to service principal, interest, taxes, and insurance on an on-going basis. The building was purchased by the Debtor in 2007 and renovated shortly thereafter.
Despite what appeared to be a good faith transaction, the seller of the Property used his relationships with existing tenants to lure them into another building nearby that offered below market rates due to redevelopment incentives provided by the City of Waco. This resulted in tenant rollover of of over 50% within a 24-month period and lowered overall rents generally – the majority of re-tenanting income fell into 2010 and 2011.
Since the Debtor did not have adequate funds to cover the unexpected releasing costs, the principals covered the majority of these costs out-of-pocket. By late 2011, however, the cumulative effect of the drain caused the Debtor to be late on a couple of payments which resulted in the assessment of default interest and late fees.
Even though the Debtor subsequently made payments in full and on time, LNR Partners (as special servicer for the Lender) applied the payments to default interest and late fees which left the loan constantly in default and subject to ever increasing late charges. In late 2012, significant negotiations with the special servicer of the Secured Debt were had in order to resolve the outstanding defaults.
The Debtor believed that a financial agreement had been reached, however the special servicer instead posted the Property for foreclosure for December 2012. In order to preserve the value of the Property, the Debtor transferred approximately $290,000.00 toward payment of the Debt. The December foreclosure was passed with this payment, however the Property was once again posted for a January 2013 foreclosure. The Debtor did not have the funds to again meet the financial demands of the special servicer and this Chapter 11 was filed in an attempt to preserve the equity in the Property and to address all the Debtor’s financial obligations.

Once again, Turner is the best source of documented news as opposed to feel-good tripe that does nothing to protect and serve the public interest. Thank you, Mr. Turner, for providing us with verifiable and important information. It would seem as though Joplin has some issues with ethics, both in the realm of the city and the school district. Those who take advantage of the public in times of tragedy in order to pursue their own interests or to line their own pockets are the lowest sort of humans.