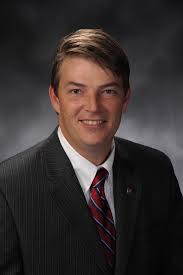 The House gave approval to two pieces of legislation to bolster the gun rights of law-abiding citizens this week.

House Bill 2057, sponsored by Rep. Mike Bernskoetter, would ensure that concealed carry permit applicants cannot be charged a fee in excess of $100 and prohibits additional fees that may be charged including any fee for fingerprinting or criminal background checks.

This brings Missouri statute in line with the constitutional change made by Missouri citizens in 2014 that allows the right to permit-less carry.

Both pieces of legislation now move over to the Senate for further consideration.
Posted by Randy at 7:18 PM

What a great idea. This will raise bar fights to a real wild west level.

This will raise bar fights to a real wild west level.

Why do you say that? It hasn't in the 10 other states with "Constitutional Carry", which include neighboring Kansas.

Starting with Florida in 1986, every time concealed carry limitations are lifted people say things like that, but it somehow never comes true. I guess that shows that most people are incapable of learning from history.