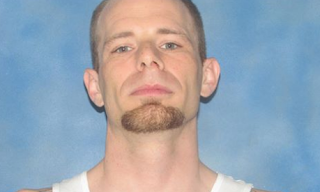 The armed and dangerous Granby man being sought by Newton County authorities was caught redhanded in the act of leaving a Fairview man's property after stealing $270 worth of items, according to a probable cause statement filed today in Newton County Circuit Court.

Jason Arthur Duncan, 32, got out of his car and shot at the property owner following a vehicle pursuit and a crash, according to the statement.

At the time of the incident, Duncan was already facing charges of stealing and assault in Neosho Municipal Court.

The probable cause statement in the current case is printed below:

The place of the criminal offense as definitely as I can state was at 29471 Highway HH, Fairview, Newton County, Missouri.

The facts supporting this belief are as follows:

Inside the vehicle were several items Mr. Rawlins said belonged to him- two dollar bills and a bag of coins that were in his daughter's room, a pair of pants that were in the laundry room and a black backpack. Mr Rawlins state the value of the items is $270.

A check of the vehicle came back to Jason A. Duncan. Sgt. Frazier with the Missouri State Highway Patrol showed Mr. Rawlins the Department of Revenue picture of Jason Duncan and Mr. Rawlins stated, "Yes, that looks like him."

A photo lineup was completed by Missouri Information Analysis Center. Detective Morgan took the lineup to Mr. Rawlins who identified Jason Duncan in the man in the red Nissan.

Yep, they walk amongst us.