Probable cause: Arsonist arrested for series of Liberal fires threatened to cut off partner's other hand or kill him 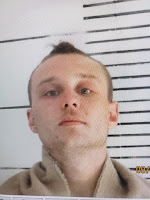 The probable cause statement in the six arson charges against two Liberal men, indicate one of them threatened to cut off his partner's other hand, but also provided a second option.

Nathan Jones, 27, Liberal, told Barton County Deputy Sheriff Will Weiser that his co-defendant Thomas Ingram, 24, Liberal, (photo at left) he was with Ingram and "Ingram had threatened to cut off his other hand or kill him."

The two men are charged with arson and burglary in crimes in connection with fires at the following locations, all in Liberal:

-September 22- The old Liberal School, which had been used as an elementary gymnasium at 101 S. Payne 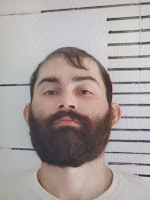 Jones stated Ingram ran upstairs and ignited a fire. then ran downstairs and yelled for him to get out of the building, with both men heading in opposite directions as they fled the crime scene.

Barton County Circuit Court records indicate arson fires are nothing new for Ingram, who already was awaiting trial for allegedly setting four other fires at the following locations:

I've heard it will be the greatest thing since sliced bread!

Mexico will pay for it too!

Meantime theirs no end to the supply of deplorable Murricans
continuing in their evil ways.