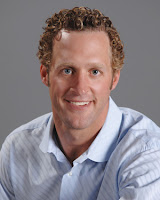 I wasn't surprised by the reaction to my post on the Turner Resports blog about former Webb City High School and St. Louis Rams football standout Grant Wistrom's attempt to get a medical marijuana license in Springfield.

There were some who smugly proclaimed, "This is not news."

Others insisted it was nobody's business except Grant Wistrom's.

The naysayers did not keep it from being the most visited post on any of my blogs this week, the first time a post on the sports blog accomplished that feat.

I find it hard to understand how people can say the Wistrom story is not news.


Consider these elements of the story:

1. We have someone who is local celebrity and has received national sports stardom who is starting a new venture.

2. The ability to legally get medical marijuana licenses in Missouri is new and is being covered by the news all over the state.

So we have a celebrity, a timely topic and a compelling human interest story.

It's news, plain and simple.

I am certain that reasoning won't do anything to change the minds of those who don't think it is news because they aren't interested in it.

As for the other argument, that's it's nobody's business except Grant Wistrom's, it is going to be tough for him to make his business a success if nobody takes any interest in it.

Judging by the readership on this post, that will not be a problem.

This week's most visited Turner Report, Inside Joplin and Inside Joplin Obituaries posts and links to each of them after featured below.

4. Barbara McNeely killer: I'm so very, very sorry for what I did

5. Is it absolutely necessary to make every post a battleground for Trump lovers and Trump haters?

6. Burnett: Governor called $60,000 special session to give sales tax break to one couple