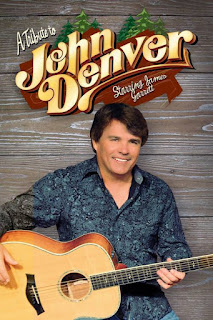 According to the plea agreement, Garrett, who has performed a John Denver tribute show in Branson for 14 years, solicited donations for the Diamond Jym Ranch, a charity for homeless and abused children and then used the money to cover credit card debt and personal expenses.

Court documents indicate Garrett defrauded his audience members of more than $85,000 between 2016 and August 2020.

The plea agreement details how Garrett formed the non-profit Diamond Jym Ranch in 2012 for "the purpose of establishing homes for displaced or homeless boys or girls, to provide training and education for such children, to provide them with food, lodging and their well being."

Garrett opened bank accounts for Diamond Jym Ranch in Taney County and the solicitation of funds from audience members began. The fraud charges outlined in the agreement begin in 2016 with Garrett asking audience members for contributions at the end of each of his performances, "falsely claiming he created foster homes for children in Branson and Texas" and that their money would be used to support those homes. Garrett placed a donation box at the theater exit and also solicited financial donations.

Nearly all of the money went to Garrett, according to the plea agreement.
More than 100 people were defrauded.
Garrett is free on a personal recognizance bond while awaiting sentencing.

Hunt, of Betterndorf, Iowa, was accused of sending a letter to TLC’s parent company Jan. 4 claiming she possessed “intimate” and “compromising” photos proving an affair between 25-year-old singer Amy Duggar, niece of the patriarch of the family that stars in the reality show “19 Kids and Counting,” and 56-year-old Garrett, a singer and guitarist who headlines two Branson shows.

Hunt’s letter and a handwritten note sent to Discovery Communications Inc. allegedly indicated she would release the photos to the tabloid press unless she was paid $10,000 or “19 Kids and Counting” was canceled.

“That showed you how crazy the whole thing was,” Garrett said. “She sent her business card with the extortion letter. The FBI said she was a ‘compliant criminal,’ so they knew where to find her and everything.”

“It wasn’t a well-thought-out crime, I can tell you that,” Duggar said."