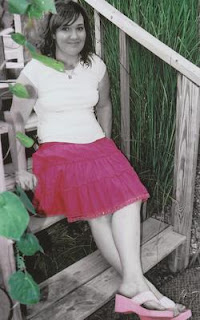 The news that Kassie Schenck's family had waited more than six months for finally came today.

Miss Schenck, 16, was thrown through the windshield of her car on Pineville Road in Neosho on Dec. 21. She died 18 hours later. The probable-cause affidavit filed Thursday in Newton County Circuit Court indicates her blood alcohol content was 0.12.
The Neosho police officer (at the time) who bought Kassie Schenck the vodka that eventually led to the auto accident that claimed her life was charged with a crime Thursday.

Miss Schenck's family couldn't have been thrilled that all a human life was worth was a misdemeanor. The news release issued by the Missouri Attorney General's office said Justin Pickup, 23, was charged with "endangering the welfare of a child, second degree." If Pickup is convicted, at the most he will have to spend a year in jail and pay a $1,000 fine.

The family also could not have been happy with the amount of time it took for charges to be filed against Pickup. According to an article posted a few hours ago on the Joplin Globe website, the Newton County Sheriff's Department turned its investigative file over to the attorney general's office in early February, complete with the following information, included in an affidavit from the investigating officer, Deputy Richard Geller:

-Pickup, an adult police officer, "had a relationship with Miss Schenck."

-An empty pint bottle of Smirnoff vodka was found in Miss Schenck’s vehicle. The bottle had a sticker with the price of $8.69 on it.

-Though Pickup denied buying the vodka, a videotape taken from a Goodman convenience store showed him buying it.

-Pickup told the mother of one of Miss Schenck's friends that Miss Schenck he had been in an accident and he "was going to lose his job."

The Globe story also noted that Pickup left the area shortly after his name was linked to Miss Schenck's death.

With all of this information at the fingertips of the attorney's general office, why in the world did it take more than four and a half months to bring charges against Justin Pickup?

I have no problem with a thorough investigation, but four and a half months for a misdemeanor?

The information included in the Newton County Sheriff's Department's report indicates that a police officer, sworn to uphold the law was pursuing a relationship with an underage girl, plying her with alcohol, then leaving the area to avoid prosecution.

Surely there must be some felony charge that could be used for this man. Nothing is going to bring Kassie Schenck back, but her death has to be worth more than a misdemeanor.
Posted by Randy at 11:29 PM

If the AG's office was unable to find a felony charge that fit the crime, then no such charge exists. If you think the circumstances warrant a felony, don't blame the prosecutor, rather, lobby the legislature to change the law.

I have to agree. I just don't see a felony here. To charge Pickup with more than a misdemeanor is to relieve the girl of all responsibility for her own actions. Granted, that's a popular way of doing things in this Oprah world, but it's not right.

I understand what you are saying, and I agree that people need to take personal responsibility for their acts, but we are also talking about a police officer breaking a law and that act leading directly to someone's death. At the least, the attorney general's office should have given the reasoning for its decision and why it took so long to make it.

Why was an adult police officer having a relationship/hanging out with a 16 year old to begin with and why would he break the law to buy and give alochol to minors? He could have said no to that request. This is a sad set of curcumstances and the tragedy is that a 16 year old will never see her 17th birthday. The 23 year old gets to run and start an new life.

What kind of perv would post a comment about if a dead child was cute or not?