Griffin says he was not involved in vote suppression 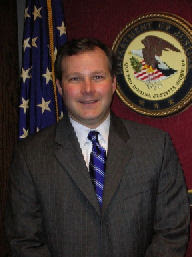 Former U. S. Attorney Tim Griffin of Arkansas told a standing-room-only crowd at the Clinton School of Public Service in Little Rock today that he had nothing to do with any scheme to suppress voting.

Griffin, an associate of Karl Rove, was the man who replaced Bud Cummins as U. S. Attorney. Cummins was told he was dismissed to make room for Griffin. At the same time, of course, Cummins was in the middle of an investigation into the way license fee offices were being awarded by the Blunt administration:

Griffin, a native of Magnolia, almost immediately faced criticism that he was a purely political appointee of the Bush administration. Both Arkansas Sens. David Pryor and Blanche Lincoln strongly opposed Griffin’s appointment.