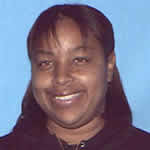 How long does it take the Missouri Department of Social Services to conduct a background check on prospective employees?

If the Missouri Department of Social Services had conducted the same simple background check The Turner Report used it could have saved itself considerable embarrassment.

Robin Deardorff, 31, Jefferson City, was indicted by a federal grand jury June 1 for a fraud scheme in which she and six others allegedly used Social Security numbers, names and birth dates to set up cell phone and landline phone service to help prisoners make calls through the accounts. She faces one charge of fraud and four counts of identity theft.

At the time she was indicted, Mrs. Deardorff was a state employee, working for the Family Support Division of the Department of Social Services. She held that job through Monday, according to news accounts.

Chris Blank's article for Associated Press gives the department's explanation of how someone of that caliber could be working for the state:

A spokeswoman for the Social Services Department would not say whether Robin Deardorff had left voluntarily. Spokeswoman Sara Anderson said background checks are performed on all employees, but those who don't have direct contact with the public are not screened until after they have been hired.

Perhaps someone needs to give our state bureaucrats a lesson on how to do a simple background check. It only took The Turner Report five minutes (not one month or eight to 12 weeks) to uncover enough information to sound warning bells about the prospect of Mrs. Deardorff working for the state government, or in any position of responsibility, for that matter.

A simple check of case.net shows eight listings for Mrs. Deardorff, including seven criminal charges. The oldest charge, dating back to 1993, was for misdemeanor stealing, for which she received five days in jail and was placed on probation.

Two years later, Mrs. Deardorff received 30 days in jail for endangering the welfare of a child, not exactly the type of activity that seems in keeping with the Family Support Division of the Department of Social Services.

The remainder of the criminal charges involve annual charges of driving while revoked from 2003 through 2006, with the last three times involving the use of electronic shackles in lieu of jail time.

In 2005, she also pleaded guilty to a misdemeanor charge of passing a bad check.

It would not have taken long for a background check to uncover the news that Mrs. Deardorff's husband (and co-defendant) Clayton Deardorff, is an unwilling guest in a Missouri state penitentiary.

Would it be too much to ask the people in charge of hiring state employees to at least conduct a five-minute Case.net check before using taxpayers' money to hire undesirable workers?
Posted by Randy at 9:58 PM