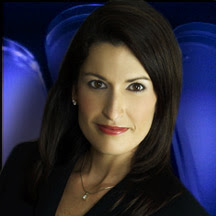 Tiffany Alaniz, a fixture on KSN for more than a decade, is reportedly leaving the station to devote more time to her family.

Ms. Alaniz, currently assistant news director for both KSN and KODE, and anchor/producer of the KSN's 5 p.m. newscast, is scheduled to make the announcement to KSN staff next Monday and to KODE staff the following day. From December 2001 to March 2008, she served as Jim Jackson's co-anchor on KSN's 6 and 10 p.m. newscasts.


For much of the 21st Century, Ms. Alaniz, Jackson, Bandy, provided KSN with a stability seldom seen among the top anchors at stations in the Joplin market. Jackson, of course, has been with KSN since 1980.

Ms. Alaniz is expected to remain at KSN until 6 and 10 p.m. anchor Toni Valliere returns from maternity leave. Ms. Valliere will reportedly replace Ms. Alaniz as the 5 p.m. anchor.

Less certain is how the assistant news director position will be handled. Jackson serves as news anchor, and talk around Nexstar Broadcasting is that someone will be hired from outside to take over Ms. Alaniz' administrative duties.
Posted by Randy at 4:04 PM

Wonder where she is headed? I also heard that Carlos Correa is leaving KOLR/KSFX in Springfield. No word on where he's going, either.
Art Morris
http://missouriradio.mywowbb.com

As child number two arrived, it should have been expected by anyone who has tried to give quality time to family and do a good job at work. There is no such thing as "quality time", only real time.

I'm glad to see her leave. Now could they please get rid of goofy Gary?

FYI, Tiffany only has 1 child. Toni has two.

She is a really nice lady and I am glad that she is getting to stay home with her child. Being a mommy is the best gift you are give and she is going to have the time of her life