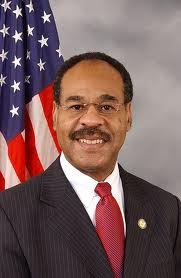 In his latest EC from DC report, Congressman Emanuel Cleaver, D-Mo., says the American budget is a moral document and the Republican budget falls far short in that area:

On Tuesday, I was able to sit down with a group of area ministers to talk about next year’s budget. Let me be clear, I believe the budget is a moral document.


This year, as in every year since 1981, the Congressional Black Caucus, of which I am proud to Chair, developed and proposed a budget. This year we gathered economists and experts from across the nation to present advice and testimony. We crafted our budget, presented it on the floor, and received a majority vote from the Democratic Caucus.

As I talked with our area ministers, I was reminded that 100 days into this Congress, the new majority has yet to introduce one jobs bill or feasible solution to the table. Instead, they have proposed draconian cuts that will critically wound and significantly impact vulnerable communities.

Our nation’s communities are still reeling from the effects of the recession. Even as our economy slowly emerges from the recession, we still face high rates of unemployment, home foreclosure, educational regression and daily hardships at the fuel pump.

What the ministers I spoke with know perhaps better than anyone is that, as difficult as this recession has been for Americans, it has been twice as hard on our nation’s poor, infirm, elderly and handicapped. Increasingly, the vulnerable in our communities rely on public programs to meet their basic needs. These are the much-needed programs the Republican leadership diminishes with their budget proposal.

As I have explained in nearly every meeting I have been in this week, I believe that congressional budgets are a window into the moral compass of our conscience as a nation—and the compass is horribly off. Recklessly cutting vital programs like job training, education, and health care for millions of hardworking American families is not a roadmap to balancing the budget—it is a road to nowhere.

This afternoon, I spoke with the Eastern Jackson County Betterment Council, a bi-partisan group of Mayors, city staff and state elected officials in Lee’s Summit and discussed the need for civility and smart deficit reduction.

As I explained on the House floor when I proposed the alternative budget, I have a problem with the policy not the people who are advocating for those policies. We disagree and that is part of democracy. My concern is that the overwhelming message the majority’s budget sends to America is that we should balance the budget on the backs of the poorest of the poor. I simply fundamentally disagree with that approach.

In the last decade, the average income for the bottom 90% declined while the top 1% saw their income rise by more than $250,000. As a result, the 400 wealthiest Americans have more money and resources than 50% of the United States population.

Additionally, the Budget that eventually passed the House obtains two-thirds ($2.9 trillion) of its more than $4 trillion in budget cuts (over 10 years) from programs that serve people of limited means. In my opinion, this violates basic principles of fairness. This includes harmful cuts to programs like the Workforce Investment Act, which provides money for job training, and billions of dollars in cuts in Pell Grant assistance, which in particular, 46% of all African American students utilize to achieve higher education.

The Republican sponsored budget also eliminates Medicare as we know it, shifting costs to our seniors. Their plan downsizes Medicaid into a block grant program. Furthermore, it reduces Medicaid by $2.17 trillion. This will deny our vulnerable seniors and disabled populations access to long-term care and lead to extreme cuts to quality and reliable care. The problem is exacerbated in African American communities: the latest figures show that 4 million African Americans received Medicare assistance.

As I explained to a rally of union members yesterday outside of Kansas City City Hall, hardworking American families may not be the priority in the misguided Republican Budget, but they are my priority.

My grandfather was routinely asked which one of his 18 children was his favorite. To that he would always answer with, the one that is sick, the one that is hurt, the one that is behind, the one that needs the most attention and love. That is what our nation’s Fiscal Year 2012 Budget should be about, the least of these among us. We can never, ever forget that they should be our first priority.

Cleaver is not clever. A budget SHOULD BE a document that says this is how much revenue we will have under this situation (taxes) and the unclever Cleaver should debate how this budget should be spent.