When will Billy Long put on the cheerleading skirt? 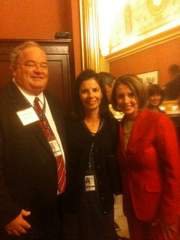 It's a scary thought, but judged on statements he made earlier this week we can expect to be seeing the spectacle of Seventh District Congressman Billy Long in a cheerleader skirt sometime in the near future. From PoliticMo:

“There are those that have already purchased their cheerleading outfits hoping for a government shut down,” said Long at a press conference on the Senate steps. “Instead of playing chicken with our country’s future, Senate Democrats need to listen to the American people and get to work passing a bill.”

When it came time to cast his ballot Friday night, Long joined his friends on the Democratic cheerleading squad and cast a "no" vote for the budget deal which will enable Congress to pass the budget this week. Had Long's side prevailed, he would have the federal government shutdown for which he said the Democrats were cheerleading.
As noted in an earlier post, Long was the only member of Missouri's Congressional delegation, Republican or Democrat, who did not vote for the deal, with the exception of Democrat Emanuel Cleaver, who did not vote.

(Photo: Billy Long with friend Nancy Pelosi)
Posted by Randy at 8:49 AM

Billy didn't know what he was doing and was too embarrased to ask for a redo.

Them big fingers and that group of buttons to select from is going to be an ongoing problem.

Perhaps he is colorblind, in addition to the obvious mental limitations.