Kanakuk/Pete Newman civil suit to be heard in Christian County 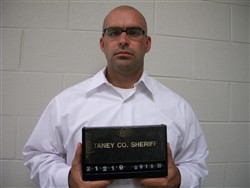 The case will be heard in Christian County.

The lawsuit, filed Jan. 31, charges officials at the Christian sports camp Kanakuk with fraud for allowing Pete Newman to masquerade as a role model at the same time he was molesting scores of underage boys. The petition was filed on behalf of a Little Rock man who was only 12 years old when Newman allegedly began grooming him.


Among the allegations in the petition:

-Kanakuk officials had received sexual misconduct reports about Pete Newman as early as 1999. (He remained in Kanakuk's employ until 2009.)

-Newman had sexual relations with boys in Missouri, Arkansas, Oklahoma, and Tennessee. (Not mentioned was Colorado where Newman, who is currently serving two life sentences plus 30 years in a Missouri penitentiary, still faces charges.)

The petition indicates the plaintiff suffers from "severe depression and ongoing anxiety and that he is "psychologically confused and spiritually damaged by a person promoted to him by Kanakuk as a fole model."

The plaintiff is asking for a jury trial.

A second lawsuit was filed in federal court in Dallas, Texas, by another of Newman's victims. In addition to Kanakuk Ministries and Newman, that lawsuit also names Kanakuk CEO Joe White as a defendant.
Posted by Randy at 8:54 PM