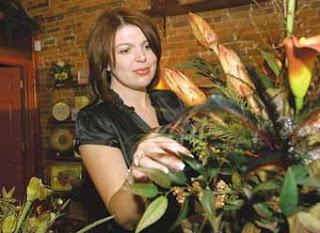 The trial date for Joplin businesswoman Peggy Newton has been pushed back to May 25, to give her more time to negotiate a plea deal with the government, according to documents filed today in U. S. District Court for the Western District of Missouri.

On Tuesday, Feb. 8, a federal grand jury indicted Mrs. Newton, co-owner of Evergreen and Amber, on 25 counts of fraud and forgery.


The indictment alleged that Mrs. Newton forged the name of her business partner, Diane Pine, setting up numerous credit card accounts, wrote 393 checks for her personal use, wrote four checks to her husband, Newton Jewelers owner Brian Newton "for unauthorized reason", used company money to make one of her husband's car payments, and "altered or falsified" documents to make it appear that payments were less than they actually were, or were to someone else rather than the actual recipient.

According to the indictment:

"It was part of the scheme that on approximately five occasions, Newton used D.P.’s name, date of birth, and Social Security Number to open new credit accounts without D.P.’s knowledge or consent. Newton then incurred charges on these accounts to conduct balance transfers to other accounts, and to cover shortfalls on other bank and credit accounts."

In her challenge to Mrs. Newton's bankruptcy, Ms. Pine claimed her former business partner had "engaged in a pattern of fraud and deceit." Ms. Pine described herself as primarily an absentee partner who spent most of her time working as a registered nurse in Dallas, Texas, though Joplin was her home.

I can tell you for sure there is not a plea in this case! Mrs. Newton will go to trial unless prosecution dismisses the case! You can speculate all you want Randy!

Peggy is my cousin...I have not seen her since I was a child. Peggy you were not raised this way. We all have faults but its never too late to turn around and give it to God. Our Mother's would not be happy at all. I am apalled but I am praying for you and yours.

Peggy, what have you learned from all of this?

It's not speculation on Randy's part about the plea. It was in court records and it was on channel 7 news too.
The court documents say Mrs. Newton's attorneys are working on a plea agreement and wanted more time.

Anticipating a guilty plea is not the same thing as Requesting for a continuance...I call that speculation... In this country we are innocent until proven guilty. I speculate this case will be dismissed. Turner report clearly won't pick up the phone and interview her attorney...

All right. Let's try one more time. It is not speculation and you can shout it all you want to. It was Peggy Newton's own attorney who filed the court documents that said a plea deal is working out. I don't need to pick up a phone and call the attorney; the attorney has already put it in the public record. I am sorry if it does not go along with some preconceived notion you may have of PeggY Newton's guilt or innocence.
If all it had been was a request for a continuance, I would have referred to it as such. Her own lawyer listed that reason as why he wanted a continuance.

Post a link to that document, so we can see where it says Peggy is pleaing guilty

I can't do that. The page is not accessible unless you have a PACER account and pay eight cents per page to view it. I quoted directly from the document, however.

First 2 counts were dismissed bc defense proved Diane pine made those charges to upstairs boutique, many more to be dismissed! Truth will all come out! Peggy newton is a good person ! God Bless Joplin!

She admitted she has been a liar all her life so why should we believe that she is innocent now?

Hi, everyone. I hope all will be observant without committing trial by publicity. As the classic premise goes, “Every person is presumed innocent unless proven guilty.” I do not absolve her either, since I have no authority to do so. A person commits forgery when, with intent to defraud, he or she knowingly makes a false document or alters any document to make it false and that document is apparently capable of defrauding another. If she pleads guilty, let justice be served to her.
Grayson Ford