Hartzler: Our plan will put this country back to work 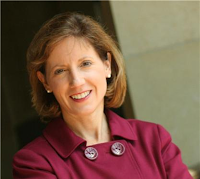 It’s difficult to change entrenched Washington ways but we are intent on doing just that and have made our plans clear with passage of Budget Chairman Paul Ryan’s 2012 budget. We’re calling it the Path to Prosperity budget and that is exactly what it is.


The budget passed by the House on Friday cuts $6.2 trillion in government spending over the next decade compared to President Obama’s budget proposal and eliminates $5.8 trillion relative to the current-policy baseline. It reduces deficits by $4.4 trillion compared to the President’s budget over the next decade. It puts the budget on the path to balance and most importantly, over time, pays off our national debt!!!

Taxes are always a concern among citizens and businesses in the 4th District. On April 15th, the traditional day for filing income tax returns, we have great news in that the House plan keeps taxes low to help the economy to grow. In fact, the budget eliminates about $800 billion in tax increases imposed by the federal health care law and prevents the $1.5 trillion tax increase called for in the President’s budget. The budget also lowers and simplifies tax rates for individuals, businesses, and families – setting top rates for individuals and businesses at 25 percent.

Missouri’s jobless rate is above the national average and our plan aims to put citizens of this state and the rest of the country back to work. The budget plan will create nearly one-million new private-sector jobs next year, according to an independent analysis by the Heritage Foundation, and result in 2.5 million additional private-sector jobs in the last year of the decade. The study projects our budget will spur economic growth by increasing real GDP by $1.5 trillion over the decade and reduce unemployment by 4.4 percent by the end of the decade. That’s change we need!

The budget also strengthens the social safety net by repairing the broken Medicaid system to give states the flexibility to tailor Medicaid programs to specific needs. It saves Medicare for future generations by giving people more choice in their health care options while grandfathering in the grandparents so current recipients would experience no changes with the system. It also solves Social Security funding problems by forcing action by both the President and Congress to ensure Social Security’s solvency in the years to come.

We took up and passed the 2012 fiscal year budget after completing work on funding for the remaining months of 2011. That agreement reverses course on Washington’s spending binge while at the same time funding our national defense. The agreement prevents a government shutdown and provides our men and women in uniform with peace of mind that they will not have to worry about unpaid bills back home while they are protecting our freedoms. The Department of Defense is funded at $513 billion in the CR – approximately $5 billion above last year. We are also fully funding critical frontline Homeland Security operations – including Customs and Border Protection, Immigration and Customs Enforcement, the Coast Guard, and the Secret Service. The funding will allow the men and women of these agencies to protect our nation while sustaining staff levels.

I had a chance to appear on C-SPAN, this week, to talk about our national budget problems and the proposed solutions. http://www.c-spanarchives.org/program/Hartz I answered questions from viewers across the country. It is good to know so many Americans have the same concerns about government spending and our national debt.

While much of the talk on Capitol Hill this week was budget-related, we did vote on and pass another important piece of legislation. I am very pleased with a House vote to eliminate what has become known as the health care law slush fund. That provision in the law authorizes the Secretary of Health and Human Services to spend nearly $18 billion of taxpayer funds over the next decade without any oversight. It was a situation that cried out for change.

Congressmen and women from across the country will spend the next two weeks in their home districts. I have numerous events scheduled in many parts of the 4th District. I look forward to seeing you and hearing from you so I can fully represent you and be your voice in Washington.