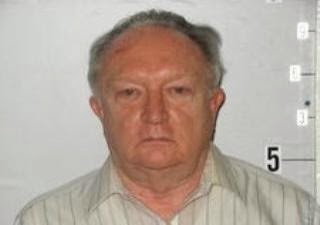 A change of plea hearing has been scheduled for 1:30 p.m. Wednesday, Oct. 9, at federal court in Springfield for former Sarcoxie Board of Education member John R. Lewis, who is charged with sexual exploitation of minors.
The case against Lewis is spelled out in an affidavit from Southwest Missouri Cyber Crimes Task Force member Charles Root. The affidavit is printed below:1. I am a Task Force Officer (TFO) with the Federal Bureau of Investigation (FBI), assigned to the office of the Joplin Field Office of the FBI, Joplin, Missouri. As part of the Affiant’s daily duties as an FBI TFO, the Affiant investigates criminal violations of federal law relating to child exploitation including violations pertaining to the illegal production, receipt, and possession of child pornography (18 USC 2252(a)(2) and 2252(a)(4)(B)) and other federal statutes involving child exploitation. The Affiant has received training in the area of child exploitation and child pornography investigations, enticement, inducement of minors and has had the opportunity to observe and review numerous examples of child pornography in all forms of media, including computer media. The Affiant has been employed with the Joplin Police Department since 2004 and has been a sworn law enforcement officer since 1994. The Affiant is assigned to the Southwest Missouri Cyber Crimes Task Force.
2. The statements contained in this affidavit are based on information the Affiant learned through personal knowledge, investigative reports from other Investigators familiar with this investigation, and conversations with Investigators familiar with this investigation and who are formally trained and experienced in conducting investigations involving child exploitation.
3. On October 4th, 2012, Missouri State Highway Patrol (MSHP) Trooper D/DCC Sgt. Jamie Musche initiated an investigation at the request of the Jasper County Prosecuting Attorney’s Office regarding a Sarcoxie School Board member, identified as John R. Lewis, exposing himself to a Sarcoxie High School Student while they worked at his residence located at 4360 Dandelion, Sarcoxie, Jasper County, Missouri. The information regarding Lewis exposing himself was forwarded to the Jasper County Prosecuting Attorney’s Office after a school official overheard a conversation between Sarcoxie High School male students. The school official later talked to one of the students who confirmed he was present at Lewis’ residence when Lewis exposed his penis in close proximity to another students face.
4. After taking the initial complaint on Lewis, Sgt. Musche interviewed two (2) of the male Sarcoxie High School students that were present at the time Lewis allegedly exposed his penis. Both males were 16 years old at the time Lewis exposed his penis. Both students disclosed to Sgt. Musche about an incident that occurred in the late spring of 2012 when they were working for Lewis at his farm outside of Sarcoxie, Missouri. Both students disclosed that after swimming in the creek with Lewis, he stood up in an all terrain vehicle, in which one of the students was seated next to him, when he pulled down his underwear exposing his penis just a few feet from the face of the student seated in the front seat of the all terrain vehicle. The students disclosed conversations Lewis had with them about masturbating and how he would touch them on the buttocks when they were working. 5. On December 5th, 2012, MSHP Trooper Sgt. Brad Bearden, Troop D Criminal Unit, and Sgt. Musche contacted Lewis at his residence located at 4360 Dandelion, Sarcoxie, Missouri. Lewis allowed both Investigators to enter his residence to speak to him. They sat with Lewis at his kitchen table and explained to him the nature of their contact with him. Sgt. Musche advised Lewis he was not in custody and was not under arrest. During the interview, Lewis denied exposing his penis in close proximity to any Sarcoxie High School student that worked at his residence. At the conclusion of the interview Sgt. Musche asked Lewis for his consent to search his computers for any images of child pornography. Lewis stated he had images on his computer he did not want to be made public. Lewis stated he had 2 computers in his residence, a desktop and a laptop. When Lewis mentioned the desktop he pointed to a nearby office that was visible.
Sgt. Musche also observed a laptop computer on the kitchen bar. Lewis stated he had downloaded images of naked children from a nudist website to his desktop computer. Lewis refused to give consent to Sgt. Bearden and Sgt. Musche to search the computers.
6. Based on the above information, the Investigators secured the residence and Sgt. Bearden obtained a search warrant to search Lewis’s residence including the computers and all electronic storage devices. During a subsequent search Sgt. Musche located an additional desktop computer in a basement bedroom along with multiple electronic storage devices. He seized all computers and electronic storage devices located inside the residence.
7. After seizing the items, Sgt. Musche submitted them to the Southwest Missouri Cyber Crimes Task Force (SMCCTF) for analysis. Detective Larry Roller of the SMCCTF examined the seized electronic evidence. Detective Roller reviewed 19 multimedia files that he labeled as child pornography due to the activity depicted. Detective Roller also located 113 still images of suspected child pornography. The multimedia files and still images primarily depicted male children, with the youngest child being approximately 5 years of age, engaged in the display of genitalia, masturbation, oral sex, and anal intercourse.
8. During Sgt. Bearden and Sgt. Musche’s contact with John Lewis at his residence, he became adversarial and was found to have a very large weapons collection.
Posted by Randy at 2:37 PM