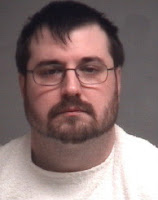 If it had not been for the decision by the U. S. Attorney for the Western District of Missouri to add a couple of sentences to a sentencing memorandum last week, Joplin R-8 Board of Education members might never have known that a former district employee had pornographic photos of 10 Joplin students on his laptop.

The Turner Report and Inside Joplin have confirmed that former Technology Department employee Ronny Justin Myers' admission to law enforcement officers that he had those photos has never been shared with the Board of Education in open or closed session, even though part of Myers' job was monitoring the use of the laptops given to all high school students.

Investigators were able to identify four of the students.

The sentencing memorandum was filed in an effort by the U. S. attorney to secure a longer prison sentence for Myers.

After Myers' arrest Feb. 15 when he arranged to pick up the 14-year-old daughter of his former girlfriend at Northpark Mall for sex (and instead found law enforcement waiting for him), Superintendent C. J. Huff issued the following statement:


At 11:30 a.m. on Friday, Feb. 15, we were contacted by the Joplin Police Department with some disturbing news. Ronny Justin Myers, an employee in our technology department at the Administration Building, was arrested on a federal warrant that stemmed from an investigation by the Southwest Missouri Cyber Crime Task Force. The warrant was for furnishing obscene material to a minor less than 16. The minor was not a student of Joplin schools and the arrest was made off school property. The individual remains in federal custody. The investigation is ongoing and Joplin Schools is cooperating fully with law enforcement. Thank you for your patience and support.

In statements made after that, Huff noted that Myers worked in the administration office, dealing with the network, and had "no access to students."

As far as R-8 Board of Education members knew, Myers had no access to students.

The first inclination they had that Myers may not have been in the same room with the students, but definitely had access to them, was when they read it in the Turner Report.
Posted by Randy at 5:28 PM

CJ Huff and the people he has surrounded himself with are unmitigated liars. It must be a requirement to work in that building. Perhaps the Board should rethink its decision to stay out of the daily business of the district and become more involved.

Of course the Board was kept in the dark...why not? Cover up everything so those in charge can do as they please & hurt everyone who questions them...

Of course the Board was kept in the dark...why not? Cover up everything so those in charge can do as they please & hurt everyone who questions them...

I predict a lot of tears if money has not been spent as it should have been spent.