Joplin R-8 taxpayers pay $2,000+ for speaker who says to ignore them 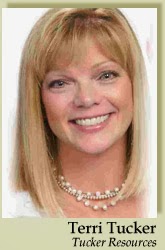 The Joplin R-8 Board of Education Tuesday night approved payment of $2,116 of taxpayers' money for a speaker who urged them to ignore those same taxpayers.

The bills paid by the board at its Tuesday night meeting, included one for that amount to motivational speaker Terri Tucker of Kimberling City, who was brought in to inspire the board at its retreat in June.

What the board got from that retreat was described in the Joplin Globe:

Among things that they said the district could have improved upon were the approach of school officials to the redistricting proposal, policy awareness among staff members, and that the district has relatively few counselors and nurses.Other items listed included not dealing with individual parent concerns and not intervening between parents and children, and not becoming involved in the district’s day-to-day operations.
Ms. Tucker's client list includes Dr. C. J. Huff, Bright Futures, and Joplin Chamber of Commerce.
Posted by Randy at 4:24 PM

This lady is also one of Angie Besendorfer's former shopping buddies from Reeds Springs, and is one of maybe two people who supported Bess as she was losing control there. I'm sure she was an unbiased coordinator for that retreat! Another crooked deal and payoff for R8.

You can't blame the school board for not wanting to be involved in the day-to-day operations of the district. They just don't want to be accomplices to the crime. Plain ol' common sense at work here, folks.

Was it old friends getting the call to help the fast sinking ship?

Are this Terri Tucker and Terri Tucker-Wiest, the submitter of the following (along with a Cindy Morris), the same person?

Only once in a while does a person meet someone who has so perfectly chosen their profession.

There are very few “called” to heal people, to comfort people, to protect people, and to teach people. The new assistant superintendent of the Joplin R-8 School District is one of those people who was meant to serve children, make clear their paths and shine the light of possibilities on their horizons.

Angie Bessendorfer is leaving the superintendent role at Reeds Spring School District and is heading to the Joplin district with anticipation of positively affecting nearly four times the number of students and their families...

Read the rest of this here.

9:01--
Yes, they are the same person. That letter always makes me feel ill. I believe Angie positively made a difference in Joplin. I'm positively sure she destroyed us even worse than Reeds Spring. But history is repeating itself, as it will be her firing of a teacher that ultimately ends her career here. Much has been learned since last spring, and now that pandora's box has been opened, there's no putting the Furies back in that box. Good riddance. And I hope she takes Huffy Boy with her.