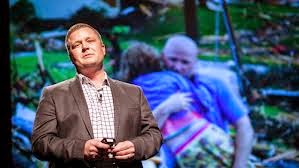 In July 2013, Joplin R-8 Superintendent C. J. Huff told the Joplin Globe he had been contacted by the Washington Speakers Bureau and made one speech for the group.

A representative from the Washington Speakers Bureau said Huff has been a frequent speaker and charges $8,000 a speech, plus travel expenses.

Yet the annual financial disclosure forms Huff filed with the Missouri Ethics Commission for 2011, 2012, and 2013, show no money from speaking engagements. The superintendents and chief financial officers of school districts which have budgets of more than $1 million are required to file the disclosure forms and they must be accurate under penalty of perjury.

Any employers who pay a superintendent more than $1,000 must be listed, an Ethics Commission official told the Turner Report.

Huff lists no extra income of any kind for 2011. In 2012 and 2013, the only mention is of a family business, B&H Developers, McCune, Kansas. The type of business is listed as "rental property."

Huff's connection to the Washington Speakers Bureau was first revealed in the short-lived Joplin Schools Watch blog, which was written by two Joplin High School students. Though I had no connection with the blog, C. J. Huff began creating problems for the blog's authors, including telling parents that their children could cause themselves serious problems in the future if they continued to operate their blog or if they had any connection to me.

Their first scoop was a recorded phone call with the Washington Speakers Bureau, which is included on this post.

The Bureau representative said, "He (Huff) is absolutely active in giving speeches. We have booked him fairly often. He's well-versed in current issues in education and politics."

Asked what Huff charged for his speeches, the woman said, "His fee is $8,000, plus you'll be responsible for travel expenses."

His wide range of experiences as a classroom teacher, building principal, superintendent and a family farmer prepared him to lead his district of 1,100 employees and 7,700 students through the recovery effort that has followed the devastating Sunday, May 22, 2011 tornado that ripped through the heart of Joplin. Graduation ceremonies for Joplin’s Class of 2011 had just concluded at Missouri Southern State University when the tornado struck around 5:41 p.m. destroying or damaging 10 of the 19 buildings in Huff’s district including the high school and leaving over half of his students without a school to return to on Monday, May 23. The Joplin Schools family suffered loss more precious than the buildings though as they lost a staff member and seven students to the storm.

Huff’s declaration that “We will start school on time” is credited with being a key factor that drew the community of Joplin together just days after the tornado and provided a positive light for the country to rally around in the midst of such tragedy and destruction. To find and create learning space for 4,200 kids—54 percent of the district—in 12 weeks was a daunting task. “Somebody told me it couldn’t be done,” said Huff, “which is all it took to get me going.” On August 17, 2011 Joplin’s 7,700 students started the new school year on time. On May 21, 2012—just one day shy of the one year anniversary of the devastating tornado—President Barack Obama delivered the high school graduation commencement address.

Huff is well-respected by the community and his peers as a man of vision and a man that keeps his word.

***News you won't get anywhere else. Help support the Turner Report in 2015.

Please tell me this man will be gone soon. Academics have tanked under his direction, when they were improving drastically before, morale is at an all time low, distrust is rampant, the district is broke, and now we have blatant evidence of corruption.

The patrons of Joplin have HAD ENOUGH!!!!! School board, send him packing. How about Tuesday? Tomorrow?

I always get suspicious of a man who has to brag about being trustworthy or a man of his word. I always think of that as a given until it's proven otherwise. Who is CJ trying to convince, himself or us? I'm not buying it.

Are you kidding me? He only charged for ONE of those speeches that are all over the internet? He must be terribly overpaid, then, if he can afford to donate his time, his travel expenses, and his efforts to all of these other groups. More lies.

CJ Huff cannot open his mouth without spewing lies. Thank you for publishing evidence of his corruption. Please, Joplin Schools Board of Education, put this man out. God knows what all else he has lied about. I am certain that every post on here suggesting he is corrupt and has misappropriated funds and has bankrupted the district is true.

The best way to resolve this issue is a full disclosure of taxes and documents by Dr. Huff. This would be a great display of that transparency that he and Jeff Flowers claimed exists in R8. How about it, Dr. Huff? Where's the proof?

This post reveals the corrupt nature of the superintendent. That he is still employed is despicable. Please fire him. We can't afford to have our children suffer for another year. Quit worrying about your image, because that's shot already. Do the right thing and maybe your image will improve.

Not having seen the records, if I was looking, I would be looking for a non-profit which has been the recipient of speaker fees and or expenses. Said funds could be left accumulating for a rainy day, or perhaps already passed through. No reason to believe this is what could be found, but it seems like it could be looked for just in case there is something the public needs to know.

I notice in his video that Huff has books in his shelves. I bet he learned something from those. They aren't even e-books. I wish my son had some print material to learn from.

It's worse than that, "in the future, you don’t read books; books read you !" (e-books can be used to spy on students).