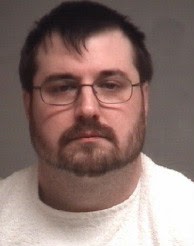 The Toshiba/Satell laptop, an E Machine tower computer, and a hand-held video camera were among the items confiscated by authorities after Myers' arrest and will be sold at auction.

According to court records, an eight-channel digital video recorder was returned to Myers' wife.


After Myers was arrested for arranging what he thought was going to be a sexual encounter with his ex-girlfriend's underage daughter on his lunch break from his job at the R-8 Administration Building and instead turned out to be a waiting crew of law enforcement officers, Joplin R-8 Superintendent C. J. Huff told the Joplin Globe, "We are disappointed that this has happened and are in shock and we're going to cooperate fully with the police department and keep families informed as this unfolds.We take it very seriously and will respond appropriately."

Huff released the following statement at that time:

At 11:30 a.m. on Friday, Feb. 15, we were contacted by the Joplin Police Department with some disturbing news. Ronny Justin Myers, an employee in our technology department at the Administration Building, was arrested on a federal warrant that stemmed from an investigation by the Southwest Missouri Cyber Crime Task Force. The warrant was for furnishing obscene material to a minor less than 16. The minor was not a student of Joplin schools and the arrest was made off school property. The individual remains in federal custody. The investigation is ongoing and Joplin Schools is cooperating fully with law enforcement. Thank you for your patience and support.

On the day he was arrested, Myers told authorities about the pornographic photos he had of 10 Joplin High School girls. With the help of R-8 Administration, they were able to identify four of them, according to a sentencing memorandum.

Huff told the media that Myers worked in the admin building and had "no contact with students." It was not mentioned that part of Myers' job was supervision of the laptops provided to high school students as part of the district's 1:1 initiative.

As the Turner Report later noted, not only was the public kept unaware of this, but until the court document was revealed last September on this blog, R-8 Board of Education members were also unaware.

The events leading to Myers' arrest are spelled out in an affidavit from Charles Root of the Southwest Missouri Cyber Crimes Task Force:

On December 20th, 2012, the Affiant was contacted by Baxter Springs, KS Chief of Police, David Edmondson who asked for Southwest Missouri Cyber Crime Task Force assistance with an active child molestation investigation he was working.

Chief Edmondson advised Baxter Springs PD received a report from a 14 year old female child that her mother’s ex-boyfriend, identified as Ronny Justin Myers had forced her to perform various sexual acts on him including oral sex. The incidents occurred between the age of 8 and 12 years old, while Myers and the child identified only as “CA” in this affidavit to protect her identity while Myers and CA’s mother lived in Baxter Springs, KS and when CA’s mother moved to Pittsburg, KS, the abuse continued on at least one occasion. Chief Edmondson reported the CA received a private message on her Facebook page from Myers, attempting to re-connect.

On Monday, January 28th, 2013, TFO James Smith with the Southwest Missouri Cyber Crime Task Force assumed the Facebook profile of CA and began an online communication using Facebook private messaging service that have continued on almost a daily basis. While messaging back and forth, Myers begins asking CA for images of herself to be sent to him and several times during these messages, Myers instructs CA to delete her messages to prevent them from being discovered by her mother.

5. On January 28th, 2013, during the first chat session with Myers, Myers quickly turns the conversation to a sexual nature and asks CA if she shaves just her legs or more? TFO Smith sent Myers the following, “some days lik all those. Im just crazy I gues. Idk… did u do it with “MA” too? “MA” is CA’s younger sister and will be referred to as MA in this affidavit to protect her identity. “I sometimes think you liked me more than her too but not sure. Was it cause I am prettier or just loved me? I thought you loved me more than mom. Sry so many questins I just don’t know what to think. Ty for talking to me”. Myers makes the statement, “Nothing with “MA”, only you. Both. You are a beautiful girl, never forget that. Ask any questions you want I have a question for you, how do you feel about me? Do you hate me, indifferent, miss me, like me, etc? Was any of what we did at least enjoyable for you? You
seemed to like some of it.”

During this conversation, Myers began asking very specific questions related to the sexual abuse he reportedly committed against CA that she had disclosed during her Child Advocacy Center interview “CAC”. Specifically, CA reported during her CAC that Myers had put chocolate sauce on his penis and made CA lick it off.

During one of the chat session with Myers, CA mentioned chocolate sauce and Myers made the statement that the last thing he put in her mouth was white not chocolate. This statement appeared to the Affiant to be related to Myers ejaculating in CA’s mouth as she had stated in her CAC. Myers also mentioned playing the “string game” with CA. The Affiant did not have specific information about the “string game”, so the Affiant contacted Detective Rebekah Lynch of the Pittsburg, KS Police Department and asked her to ask CA about the “string game”. Detective Lynch contacted CA and asked her about the “string game”. CA reported to Detective Lynch that the string game was played when Myers found a loose piece of string from a piece of clothing and would put it somewhere on his body and would make CA find the string using only her mouth. In a later chat, Myers states, “did you like it better when I hid the string, or when you did?”

During the chat conversations, Myers indicated he was at home. Your affiant conducted a public record check for Myers residence and it revealed he resides at 415 East 42nd Street, Joplin, Newton County, Missouri 64804. On February 14, 2013, at approximately 7:20 a.m., your Affiant conducted surveillance on 415 East 42nd Street, Joplin, Newton County, Missouri 64804 and observed the suspect Myers leaving the residence. In the chats, Myers continues to discuss past sexual acts between himself and the girl. (Editor's note: I am editing out the next part because it is even worse than what has come before.)

On February 11th, 2013, while chatting with Myers was sent a message informing him that school is out on Friday, February 15th, 2013. (CA attends Pittsburg, KS schools) and CA would be at the Mall in Joplin, MO with some friends. Myers and CA discuss Myers sending CA a picture of a male penis. (More material has been edited out at this point.) During this conversation, Myers makes the comment, “you are there’s something I have to tell you though. If you ever tell anyone what we did, they would put me in jail other people don’t understand.”, “they just do. If you’re under 18, it’s not legal. But, it’s not like they try to find that stuff out you would have to tell someone for that to happen.”

Myers started making plans with CA to meet at the Joplin Mall outside JC Penney’s during his lunch break at 11AM on Friday, February 15th, 2013. Myers continues by saying they would only have about 30 minutes and the only thing they would have time for was for her to give him a “blowjob” while he drove his car and she would have to swallow the “white stuff”. Myers asked CA to wear a skirt so he could see her and can play with her while he drives. Myers also discusses bringing CA some Stride Sweet Peppermint gum. Myers ends the conversation by stating, “let’s plan on that then, at 11 Friday. We’ll talk more about it this week.” CA asks Myers to send her a map so she knows where to go and Myers agrees to send it to her.
Posted by Randy at 5:45 PM