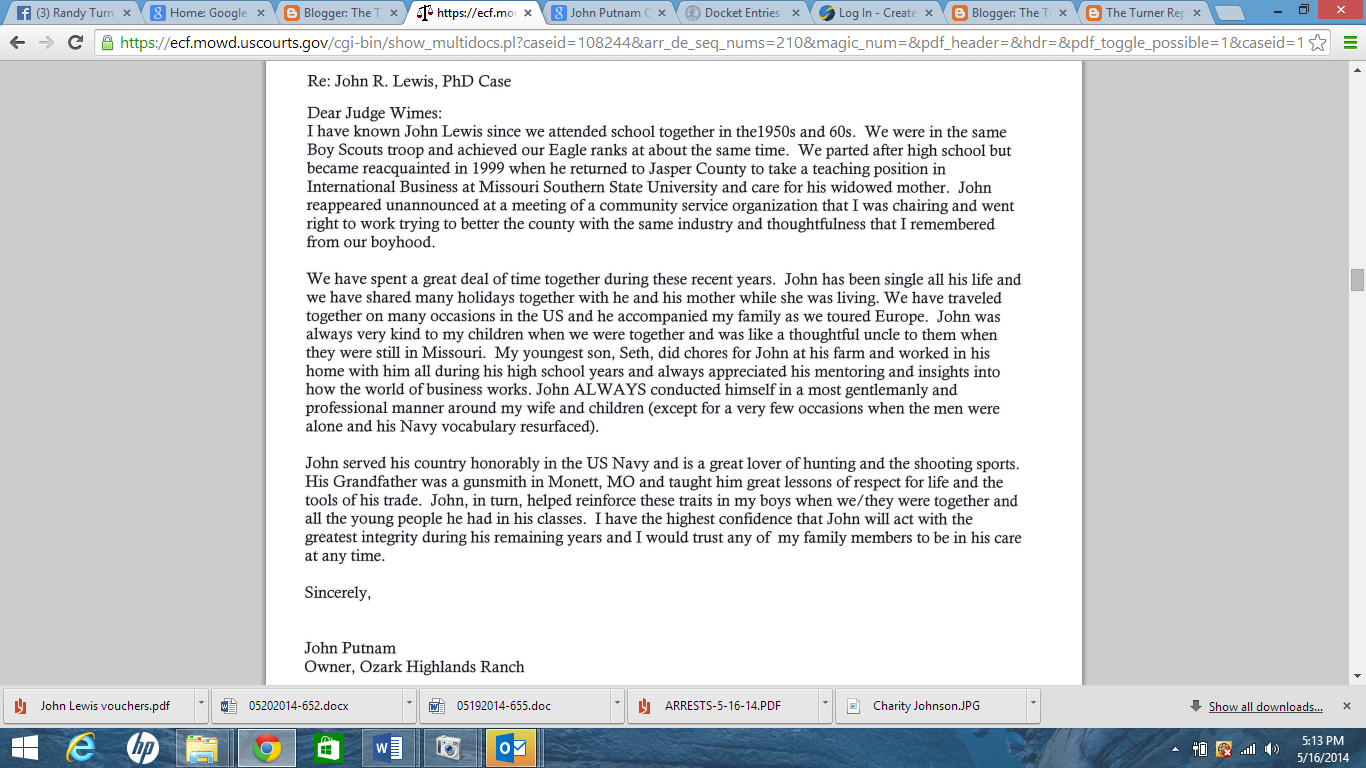 Sixteen letters testifying to the good character of former Sarcoxie R-2 Board of Education member John Lewis were included in a sentencing memorandum filed today in U. S. District Court for the Western District of Missouri.

Lewis' sentencing hearing on a charge of sexual exploitation of minors is scheduled for 1:30 p.m. Monday in federal court in Springfield before Judge Brian Wines. 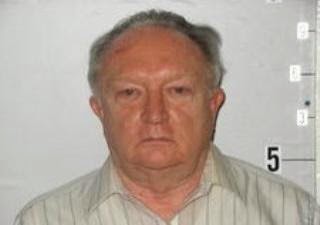 Among those vouching for Lewis, who pleaded guilty to sexual exploitation of minors, were Jasper County Republican Centrral Committee Chairman John Putnam and Sarcoxie Chamber of Commerce President William Gollhofer.

According to court documents, the defense says it has reached an agreement with the government to have Lewis sentenced to two years in prison.

The crime to which Lewis pleaded guilty was described in the plea agreement:

On October 4, 2012, a Missouri State Highway Patrol (MSHP) Trooper initiated an investigation regarding John R. Lewis at the request of the Jasper County Prosecuting Attorney’s Office. After taking the initial
complaint, the Trooper interviewed witnesses.

These images travelled in interstate or foreign commerce via the internet.
Posted by Randy at 6:35 PM

That is the ultimate in hypocrisy. John Putnam led the fight for Christian values in trying to keep a men's naughty store out of his neighborhood, but he'll support a pedophile on the school board. Typical, isn't it?

Yes the same GOP person who harasses neighbors... Asking if they are legal to be in this country.