Taxpayers to pay for appeal for killer of Carthage couple 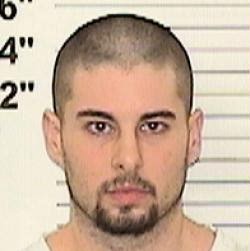 Taxpayers will pay for the appeal of convicted killer Darren Winans, who is seeking a trial, in spite of the fact that he pleaded guilty February 28, 2011, to the brutal 2008 slayings of  Bob and Ellen Sheldon,owners of the Old Cabin Shop in Carthage.

Winans was represented by a public defender during that action, but had to receive permission in order for the taxpayers to continue to foot the bill for his defense. That permission was granted Monday by Judge Dally.

In his ruling from last month, Dally wrote that the argument of Winans that his lawyers were ineffective did not hold up.

Winans pleaded guilty February 28, 2011, to two counts of second degree murder, two counts of armed criminal action and one count of burglary. The murder charges had originally been first degree. He was sentenced to 20 years in prison for armed criminal action and 15 years for burglary, with the charges to run consecutively with the life sentences.

In his motion, Winans, who was represented by a different public defender than the two who represented him earlier, offered three arguments as to why his guilty plea should be set aside.

Winans claimed that his lawyers did not tell him that his sentences would be running consecutively and that he was under the mistaken belief that some of them would run concurrently. Dally found that that claim was not accurate.

Winans' second claim was that his lawyers had told him that "premeditation of his codefendant could be attributable to him." Dally wrote, "This court finds it hard to believe that experienced counsel from the capital defender unit would have made any such statement to him and, in fact, they deny saying any such thing."

The final claim by Winans was that his lawyers did not file a motion to suppress the statement of Dr. Tammy Neil, to whom he made an incriminating statement while he was in the Jasper County Jail and Dr. Neil was serving as a mental health consultant. Dally noted that there was no reason to file a motion to suppress at that point and that one certainly would have been filed had Winans elected to stand trial instead of entering a guilty plea.

It is an abomination that even one cent be spent on this coward.