Tim Jones on Common Core Bill: We now have local control of our schools 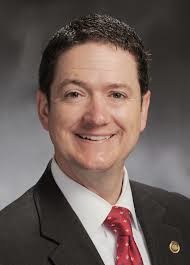 (From Missouri Speaker of the House Tim Jones, R-Eureka)

In the final week of session, we passed two bills that have the potential to transform our system of education here in Missouri. Anyone who has followed along with the education debate that has happened in the legislature in recent years knows how difficult it can be to push even simple changes through the process. To move two major pieces of education legislation to the governor’s desk in the same session is a testimony to the hard work of my colleagues and their willingness to compromise this year.

One piece of legislation will provide some much-needed solutions to the multitude of problems that have arisen as a result of the 1993 school transfer law. As we have seen kids transfer out of our failing school districts, it has become both a financial burden for these districts as well as a large problem for the neighboring districts that receive them. Because we want to have a system where every child has access to a great education, we stepped in this year to approve a bill that will keep the costs of transfers at a reasonable level to prevent sending districts from going bankrupt. The bill also will empower receiving districts to set policies that will allow them to take the students they can accommodate but no more. In addition, the bill gives students in these districts the option to use state funds to transfer to private, non-sectarian schools. Again, this is about giving kids the chance to receive a quality education and the bill we passed takes bold steps forward to make this goal a reality.


The other piece of education reform passed this year will position our state to reject the federal Common Core standards and instead put our own Missouri-based education standards in place. As you know, many have been very upset with the implementation of these standards that is already taking place in Missouri schools. The bill we passed will put Missouri parents and educators in charge of writing new standards for our K-12 students. They will have until the 2016 academic year to put these Missouri-based education standards into place. Until then our schools will continue with the Common Core standards that are already in place, but the bill makes it clear that our schools won’t be penalized if students perform poorly according to these federal standards. With this we gain an important level of local control that our schools need in order to properly educate our children. This was a bill that required a great deal of compromise, and I am excited that we were able to work together to push it through to final passage.

Together these bills will produce substantive, positive changes to our system of education. Combined with the record level of funding we are sending to K-12 schools this year, they put us on solid ground going forward as we continue to strive to make our system of education the best it can be. The only concern we have at this time is with the governor’s hints that he may veto the school transfer bill. My hope is that he will change his mind after listening to the members of his own party on the Senate side who championed this bill as a great solution for the inner city students.
Posted by Randy at 6:42 PM