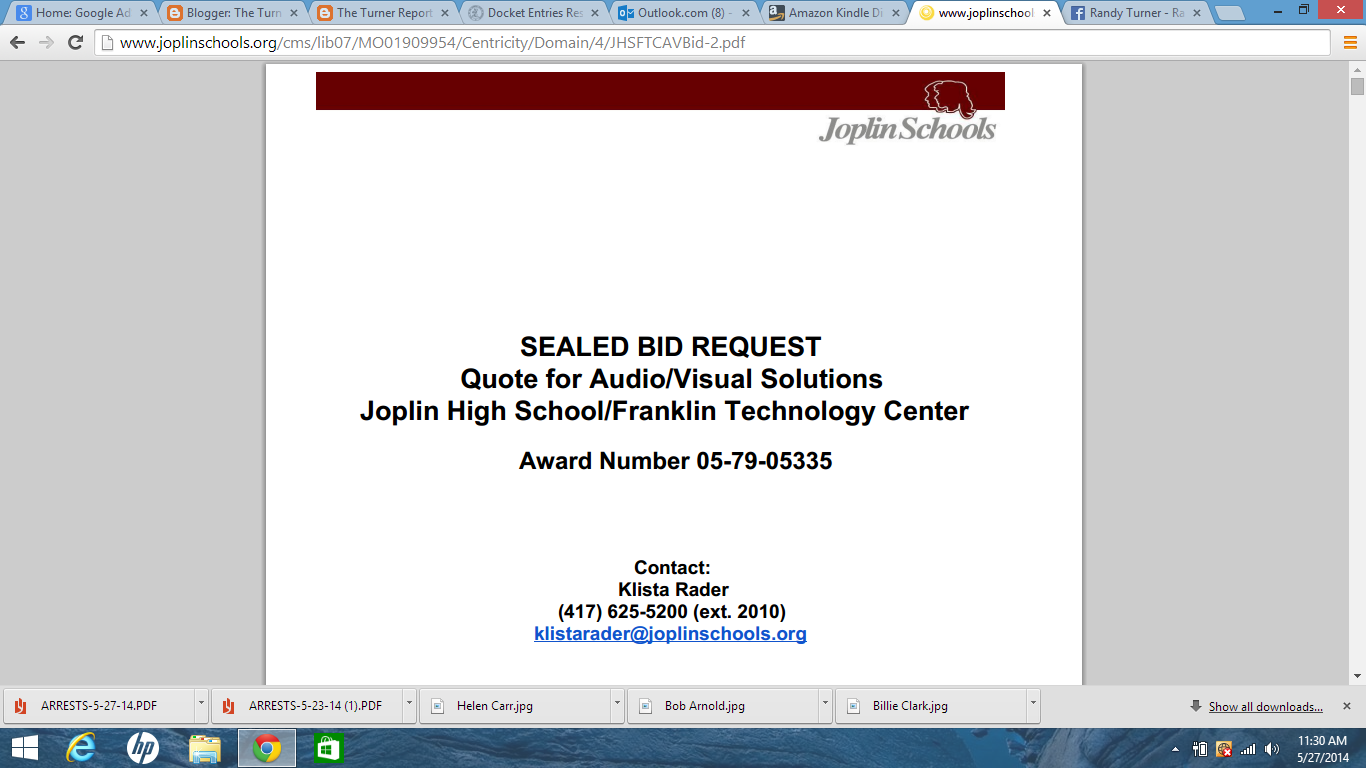 A request for sealed bids issued in January by the Joplin R-8 School District includes a Jumbotron type "main gym video board."

The Joplin R-8 Board of Education will be asked tonight to approve an audio-visual package for Joplin High School/Franklin Technical Center, which will be mostly paid for through a $3 million grant from the federal Economic Development Administration. 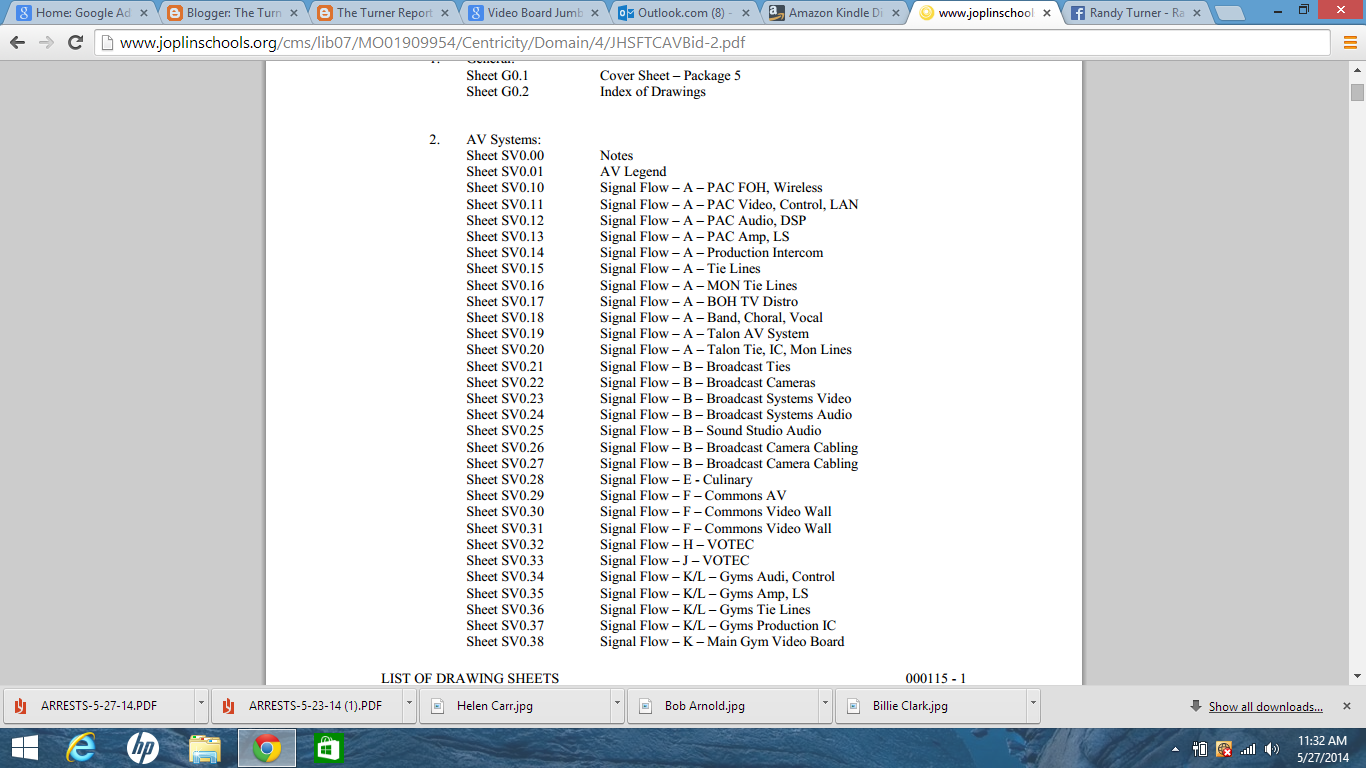 The school district will have to pay $750,000, according to the report that Superintendent C. J. Huff has included in the board's documentation package.

The decision to pursue the grant was was made by the Board of Education at its October 17, 2012, meeting, by a 6-0 vote, with board member Phil Willcoxon absent. The grant was described to the board in this fashion:

The grant will primarily assist in Joplin Schools' recovery with implementation of the new workforce development programs and 21st Century Career Pathways offered at Franklin Technical Center. Franklin Technical Center has developed a listing of equipment, some that require building finishes for the new and expanding programs that coincide with 21st Century Career Pathways being developed. EDA funds $3 million out of $3,750,632.

The report was submitted to the board by Dave Rockers of Franklin Tech and Chief Financial Officer Paul Barr and signed off on by C. J. Huff.

The grant application was successful and was awarded by the EDA in early 2013, and was mentioned in an EDA news release dated May 22, 2013, the two-year anniversary of the Joplin Tornado:

Earlier this year, Economic Development Administration also invested $3 million in Joplin to support the rebuilding and equipping of the Franklin Technical Center. Operated by the Joplin School District, the Franklin Technical Center will provide skills training to students in the school system, as well as specialized training to adults already in the workforce, allowing for the the enhancement of the career training program focused on manufacturing and technology.

At some point, the money that was intended to enhance manufacturing and technology training for both Joplin High School students and community members became a source of revenue for the Huff Administration to cover some of the frills that the district no longer can cover through the sources that were supposed to cover the building of the high school.

The following is the report placed by C. J. Huff in the board's documentation package for tonight's meeting:

The Audio/Visual system design for Joplin High School and Franklin Technical Center includes items such as scoreboard and sound equipment for gymnasiums, projectors, microphones, audio and light equipment for the auditorium, audio enhancement for Franklin Technical Center shop areas, hardware for audio and video production classes, as well as integrated intercom and digital signage throughout the facility.

Anyone who buys a voluntary subscription to the Turner Report/Inside Joplin will receive a free paperback copy of either Scars from the Tornado: A Year at Joplin East Middle School, or Let Teachers Teach. Those who have already subscribed, will be contacted and also given their choice of the two books.

We need the technology that belongs with a state of the art school. Don't skimp on the Tech.!
It is the world the students will live in.

Scoreboards can be used for spelling bees and useful stuff like that! New R-8 slogan: Think of the Kids. A Jumbotron in every classroom!

I'm still trying to figure out how a jumbotron is going to help with career education.

I'm still trying to find the word "Jumbotron" in the rfp

Anonymous @8:12 PM: Given that JumboTron is a registered trademark of Sony's, but they stopped making them in 2001, you obviously won't.

But just how big, made in low quantities, and therefore expensive do you think the line item "Sheet SV0.38 Signal Flow-K-Main Jym Video Board" is going to be?