Wallace-Bajjali CEO in 2012: New disasters may divert money from Joplin

Federal court documents show that the city of Joplin's master developer David Wallace, while seeking an extension of the time his company had to repay $450,000 to scammed investors (Wallace says he and partner Costa Bajjali were also scammed) was concerned that people would stop giving money to Joplin once the city was replaced in the news by other disaster-stricken communities.

In the March 26, 2012, document,  filed in a Texas federal court, Wallace listed one reason after another why Wallace-Bajjali might not be able to repay the $450,000 it was supposed to repay by the end of 2012.

And, in fact, the company still has not repaid the money and has a new deadline of December 31, 2013.

From the sworn statement:

If WBDP (Wallace-Bajjali Development Partners) is selected as the master developer, a great many obstacles will have to be overcome and tasks accomplished for there to be a contract with Joplin, and even more for the project to result in payments for WBDP. 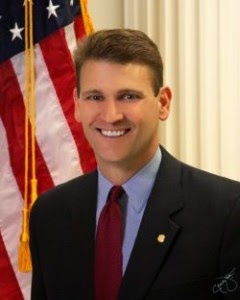 There are also myriad political and market factors that may influence whether the redevelopment project will even proceed. Since the May 22, 201 Joplin Tornado, there have been many other natural disasters in the United States that could affect the attention given to Joplin and the availability of funds from federal, state, and local entities.

Among those disasters are the Minot floods, the floods on the East Coast, the tornadoes in the Midwest and South and the drought in Texas and other states.

Even without these other disasters, the federal programs presently anticipated for the Joplin project may not even exist when the project is ready to proceed. If they do exist, the amount of funds needed may not be available or appropriated. Additionally, the vast majority of the property in the redevelopment area is privately owned and will need to be purchased, leased, or otherwise assembled. This could take considerable time.

Wallace also listed various other financial problems Wallace-Bajjali faced that could prevent the firm from being able to pay back the $450,000.

The settlement was part of a deal made with the Securities and Exchange Commission (SEC) after an investigation into fraud involved in the sales of real estate and shares in a radio company, BizRadio. The investigation resulted in $60,000 fines for Wallace and Bajjalli, both of whom have paid the fines.

Per your last post on the subject, I think you mean their current deadline is December 31, 2014.

I'm thinking Wallace-Bajjali is the disaster following the tornado.