I won't reveal how I came up with these candid, revealing photos of Joplin R-8 Administration members as they prepare for the upcoming state audit, but I felt it was my duty to share them with Turner Report readers. 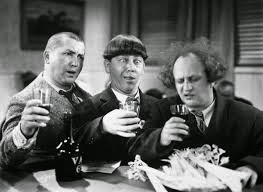 In the photo at left, Mike Johnson, C. J. Huff and Paul Barr take time during their busy day to prepare for the audit.

In the photo below, C. J. Huff prepares to rally the troops, if any troops are still left.

In the next to last photo, Tina Smith and others from administration attend a training session to help them learn how to deal with teachers.

In the bottom photo, C. J. Huff has always believed
that it is important for his administrative staff to have time to let off steam, especially with an audit ready to begin in a matter of weeks. When someone suggested a bonfire and wiener roast, at first Huff reportedly said, "We have no branches or sticks," then he realized he something much better that could be used and allegedly said, "We are going to have as much fun as we did during our Easter Egg Hunt." 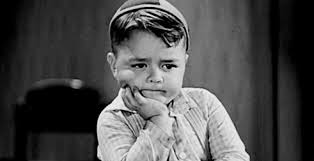 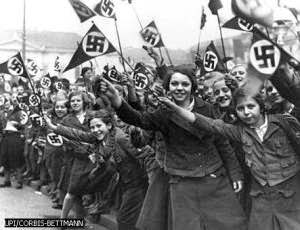 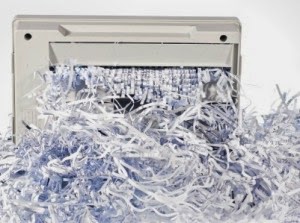 Funny stuff! I wonder what the auditors will think about that Easter egg hunt. Giving away prizes such as a half day off--our tax dollars were at work, but the recipient of that gift sure wasn't! All kinds of little gifts courtesy of the tax payer. I bet there were other celebrations, too. That explains where our raises went!

The Stooges picture is perfect. A trifecta of fools and bullies.

Wow...a photo with swastikas for an article on CJ Huff and the school district. I know now why no one pays you money to help you get an online or print product off the ground. Your hatred of CJ Huff has biased all of your blog posts. You will never get the following/revenue from the community if every other post is I HATE CJ. I agree that he should go, but you are hurting your own message by doing stupid stuff like this.

Anonymous 8:03, You obviously have a hard time distinguishing between hatred and someone who is having some fun. I doubt if anyone took this too seriously. Thank you for your concern over how well my project is going. Of course, I could always use more revenue, but I am doing just fine, and if I have to change who I am to become a bigger success- well, it is just not going to happen. Lighten up!

I remember when the TLCs went to a workshop on our tax dollars and came back and taught the staff how to make memes and videos using Hitler clips and pictures. So, don't blame Randy for this idea. We can thank CJs troops for this bit of goodness. Your tax dollars at work.

By the way, the idea was that teachers would have the students learn to make fun with Hitler. Bad taste? Apparently not, if the TLCs taught it.

It seems the majority of comments on here find this humerous, not hateful. It must be a terrible life to not have a sense of humor. Poor 8:03.
-2008

Randy: The Nazi photo post is in bad taste and is in fact offensive to some of us who feel that it is neither applicable (even CJ falls short of Auschwitz) nor appropriate (Auschwitz need not be so minimized by comparison). I understand how you and others may not have that sensitivity but if yo knew some camp survivors as I have you might think twioe before extending the metaphor. thank you.

Auschwitz was not mentioned. I don't think ANYONE would ever trivialize that horrendous piece of history.

Many in R8 feel that Huff & Co. have come in like Hitler and his Nazis. They plan who to destroy next and how to wield their power. They enjoy watching people suffer and should you ever even THINK about trying to do something differently than their plan, you will suffer. Disagreement means you are negative and doomed.

I'm sure this was meant as fun. Humor helps us all survive.

Randy, Humour is humour, but please don't go the Nzai route as it can hurt too many innocent people. Most of the time I agree with your investigative reporting but am sorry to see you go that route. HW

It seems to be lost for some of you the fact that Hitler was not much different than many of our modern day leaders. He was able to appeal to the common man by manipulating public opinion with a corrupt and willing media.

So just keep marching in lock-step with Huff and criticizing Turner for criticizing der fuhrer.