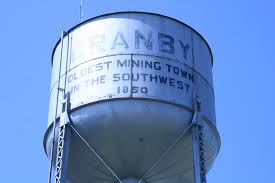 (From the U. S. Attorney for the Southern District of Missouri)

A former wastewater treatment plant operator for the city of Granby, Mo., was indicted by a federal grand jury today for submitting false reports in violation of the Clean Water Act.

Charles Loren Ranslow, 48, of Neosho, Mo., was charged in a three-count indictment returned by a federal grand jury in Springfield, Mo. Ranslow was the wastewater treatment plant operator for the city of Granby.

Today’s indictment alleges that Ranslow submitted false information in state reports that are required under the Clean Water Act.

According to the indictment, Ranslow conducted wastewater sampling at the facility and submitted Wastewater Discharge Monitoring Reports to the Missouri Department of Natural Resources from June 2013 through March 2014. The indictment charges Ranslow with two counts of making false and fraudulent statements in those reports. Ranslow allegedly submitted monitoring reports that contained false data, for example, with regard to the levels of ammonia.

The indictment also charges Ranslow with one count of making false and fraudulent statements in a Domestic Sludge Report that was submitted to the Missouri Department of Natural Resources. Ranslow allegedly represented sludge monitoring results to be indicative of the Granby Wastewater Treatment Facility sludge, which data he knew to be false.

This case is being prosecuted by Assistant U.S. Attorney Abram McGull, II. It was investigated by the Environmental Protection Agency, Criminal Investigation Division and the Missouri Department of Natural Resources.
Posted by Randy at 6:05 PM