Brian Williams to return to NBC, but not to Nightly News 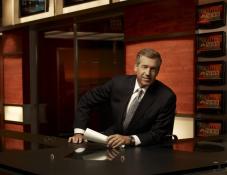 Reports have surfaced that former NBC Nightly News anchor Brian Williams, who began his career at KOAM, will return to NBC after a four-month suspension, but not to NBC Nightly News:

NBC could make an announcement about Williams' future on Thursday, the people with knowledge of the plan said.

The options for Williams are numerous, given that NBC News is an arm of NBCUniversal, which is owned by Comcast.

Inside NBC, speculation about Williams' future has centered on MSNBC, its cable news channel, which is suffering from weak ratings. Another scenario could entail a roving reporter job, somewhat like Ann Curry's job after she was forced off the "Today" show in 2012.

Williams was suspended after it was learned that he had exaggerated events that occurred during an Iraq war mission in 2003.

What? You mean there are consequences for people in media embellishing stories and using sensationalism to unethically gain viewership???....hmmmm...sounds familiar....lol!!!