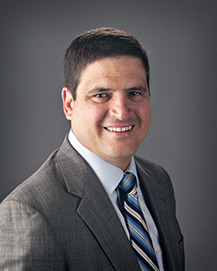 (Update: John Nicholas recused himself from this case and it has been sent to Judge Stephen Carlton. I apologize for not rechecking case.net before posting this earlier.)

With this morning's decision ending with Judge Joseph Hensley denying a writ of mandamus to three Joplin residents against the Joplin R-8 Board of Education, only one case remains in the courts and the new judge in that one is familiar with the players.

Hensley granted the change of judge in the request by Josh Bard, Jon Buck, and Jamie Johnson for a writ of mandamus against the Jasper County Commission. The three, who are represented by attorney Jonathan Pierce, allege that the Commission violated the Sunshine Law, both in their discussions on who should be appointed to three seats on the R-8 Board and contacting potential board members.

The case was automatically sent to Judge John Nicholas (pictured), serving his first year on the bench, but Missouri Ethics Commission records show that Nicholas received a $100 campaign contribution from Commissioner Jim Honey, as well as $100 from J. Christopher Banwart, husband of R-8 board member Lynda Banwart, and $100 from former Board President Anne Sharp.

And that is not even taking into consideration that for the past several years before voters awarded him a seat on the bench, Nicholas served as the attorney for the Joplin R-8 Board of Education.

So Nicholas has recused himself and the new judge is Stephen Carlton.

Wasn't he the school boards attorney before he ran for judge...

Thanks for letting me know. I should have rechecked case.net before I posted this. I have updated it with an apology and also put out a new post with the information for those who might not return to the original post.