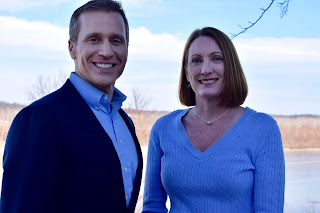 Today, Governor Eric Greitens announced the newest member of his cabinet via Facebook and Twitter. Greitens announced that Carol Comer will head Missouri's Department of Natural Resources, which is responsible for ensuring clean air, water, and natural spaces for the people of Missouri.

In his video announcement, Governor Greitens said she would be "a champion both for our environment and our economy." Watch that video here.

Comer took the lead in making the IDEM work constructively with the business community. Under her leadership, IDEM significantly reduced the time between an application for a permit and its approval. IDEM became the best in the nation in its Title V air permitting and NPDES permitting times. A process that used to take 225% of the required time, went all the way down to 51% of the required time.This was a significant step for economic development in the state of Indiana.

On her watch, Indiana was able to make sure that over 93% of the state's residents live in areas that meet all air quality standards. Using federal grants and settlements with responsible parties, IDEM and its partners invested $200 million in restoring the Grand Calumet River and its ecosystem. The work done over the last two decades has led to fish and nesting birds returning to the area.

Looks like MoArk will be dumping chicken litter all over southwest Missouri again.