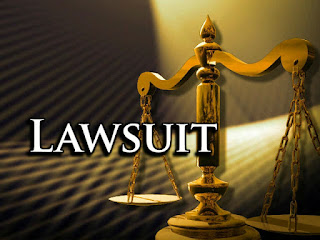 The dismissal was without prejudice, meaning that Artem Borisanov can refile at a later date.

Borisanov claimed that the three cheated him out of $3.53 million in a fraudulent scheme involving technology companies and gold belonging to the royal family of Thailand.

Borisanov's lawyer claim the Joplin residents "defrauded him out of $3.53 million through a complex and completely fabricated investment scheme which was perpetrated from Joplin."

Borisanov says the scheme began in 2012 when he loaned $1.25 million "to a company which was purportedly to sell gold owned by the Thai Royal Family." Months later, Borisanov says he was told the sale would not take place, but he was convinced to reinvest his money in high-tech companies "which allegedly had hundreds of millions of assets, intellectual property, and contracts worth billions of U. S. dollars."

The lawsuit claims there was never any contract to purchase Thai gold and that the companies with which Borisanov invested "had no assets, intellectual property, contracts or anything of significant value.

The lawsuit offered details of several companies, all of which reportedly operated out of Joplin, but were incorporated in Nevada, Ireland, Thailand, and the United Kingdom. The main company appeared to be Zfere Holdings, which was organized in St Kitts and Nevis, which are Caribbean islands.

At first, the lawsuit claimed, the Joplin men told Borisanov of different opportunities, including a claim in November 2013 that Wall Street executives were "ready to invest $40 million. This was a fabrication. There were no Wall Street investors."

When Borisanov began asking for the return of his money, the lawsuit said, he was put off by claims that money had been embezzled and that the company was under investigation. Borisanov says those claims were false.
Posted by Randy at 9:08 PM

I believe the Russian man's claim. The Zfere company was a giant lie and Steve Vanderbol is not to be trusted. He told me of the 1/2 billion dollars his so called Zfere company had from foreign investors. Nearly everything mentioned in this article I personally heard Steve say too.
I don't think a word of it was true. A true con-man! He still owes me money and I know a few others he never paid too.

I think it might be a bit dangerous to cheat a rich Russian out of his money.