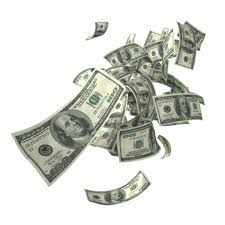 According to the petition, the district did not begin putting money into the Public Education Employees Retirement System of Missouri (PEERS) until 2011, though the law requires automatic enrollment for those who work 20 hours or more per week.

The district and PEERS are listed as defendants.

Plaintiffs in the case are bus driver Todd Palmer, who has worked for the district since 2000, bus aide Jack Long, who has been in that position since 2005, and Sheri Virgin, who just retired after working as a bus driver since 1997.

Under Missouri law, employers have certain obligations to employees who are eligible for PEERS, including making contributions on behalf of the employees. Mo. Rev. Stat. § 169.620(2). Yet, despite their eligibility, the District did not make contributions to PEERS on behalf of bus drivers and bus aides until 2011.

There was no material change in job duties or work schedules for bus drivers in 2011 that would warrant their re-classification as eligible for PEERS. Regarding their eligibility for and membership in PEERS, the District has acted uniformly with respect to all bus drivers and bus aides.

In early 2017, Plaintiffs made a demand on the District prior to filing suit. Other than a non-substantive communication, the District did not respond to the demand.

The lawyer for the plaintiffs, Matthew Lee Dameron, Jefferson City, asks that the judge certify the case as a class action, because hundreds of people have served the R-8 District as bus drivers and bus aides prior to 2011.

The lawsuit asks for a full accounting, for the bus drivers and aides to have retirement contributions made to PEERS for the time prior to 2011, plus costs and attorney fees, and for damages.

The petition notes that the district enriched itself by not paying into PEERS.

The plaintiffs are asking for a jury trial.

It says there was no change in the drivers work in 2011. I call BS. They were bussing any kids that went to Joplin before the tornado to the district even if they lived out of town. They bussed Emerson, Irving, East the high school kids all over town. The difference is they were not working a part time job.

School retirement is like FICA taxes, both the employer and the employee have to pay part of it. If the school took the driver's part and kept it, I would have a problem with it. Neither side seems to have paid it. If they really thought they were getting retirement benefits they should have been paying their part all along. They are just trying for a cash grab. Haven't the taxpayers been fleeced enough already by previous administration??

Sounds like they found a lawyer to pile on the district. No wonder they want a jury of their peers (no pun intended). A judge would look at the facts and laugh in their face.

I think we need to wait for the District's response to the petition before we decide if it's a cash grab. It sounds to me like the bus drivers and aides would have been contributing all along had they been made aware of their eligibility prior to 2011. These are long-time employees who took direct care of students. They deserve to be heard in court before we just assume they are creeps. And, depending on the judge, he/she could actually be harder on the District. You are a peer, and you have already passed judgement on them as being greedy. Why wouldn't other peers do the same?

It IS possible that they might not have noticed that they were not having the correct amounts taken.
Hello? Paul Barr...