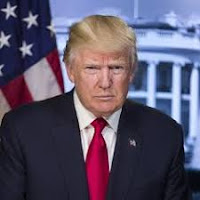 Plans for President Trump's visit to Springfield were released today and the public is not invited.

Trump is scheduled to speak at 2:30 p.m. Wednesday at the Loren Cook Company, where he is expected to talk about tax reform.

From the St. Louis Post-Dispatch:

Loren Cook, which was established in 1941, describes itself as a “leader in the design and manufacturing of fans, blowers, gravity vents, laboratory exhaust systems, and energy recovery ventilators.”

Trump has chosen to give the speech at the company of a major Republican campaign donor. Federal records show that since 2008, someone identified as Loren Cook or Loren Cook II and affiliated with the company has given more than $24,000, individually, to GOP candidates, including Trump, who got $2,800, according to the Center for Responsive Politics.

Only RW nut pickers are likely to be invited.

Who would Obama have invited? Democratic supporters? You'd be OK with that, no?
File this under, "You Can't Have it Both Ways."

He better hurry since CNN has him just arriving for his photo op in Texas.