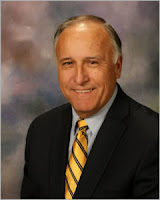 Gov. Eric Greitens received more than $695,000 from supporters of charter schools and vouchers during his campaign and he began repaying them Monday.

Greitens' first three appointments to the State Board of Education all have strong connections to charter schools and private schools, while none have any experience with public education. 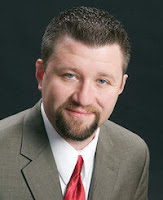 Ava. He also serves as a commissioner on the Missouri Charter School Commission.

*House Republican Campaign Committee treasurer Eddy Justice. Earlier this year, Justice organized a forum in his home town Poplar Bluff to promote charter schools. In a letter Justice wrote to the Cape Girardeau Southeast Missouri promoting the forum, he made it clear where he stood:

While these bills vary in approach, they offer one common theme: freedom. The freedom for parents to choose how their child receives their education.I say that's as American as apple pie.

*Melissa Gelner, Springfield, serves on the board of directors of Summit Preparatory School, the private school attended by both of her children.

This is how Greitens described his choices in a news release issued Monday:

Melissa Gelner, Eddy Justice, and Delbert Scott were appointed as members of the State Board of Education.

Gelner is Chief Kinship Officer at Askinosie Chocolate, Executive Director of Chocolate University, and Principal at M Gelner Marketing. She holds a bachelor’s degree in business administration from the University of Tulsa.

Justice is Owner and an agent of Eddy Justice State Farm Insurance Agency. He has sustained this position for over 15 years. Justice holds a bachelor’s degree in business administration from John Brown University.

The three board members who will be replaced by the charter school supporters are former Rep. Maynard Wallace, who was a public school superintendent, coach and teacher, Russell Still, a former classroom teacher and member of the Columbia Board of Education and Silver Dollar City owner Peter Herschend of Branson.

Greitens has one more board position to fill. It is currently held by John Martin of Kansas City. Martin has been a public school superintendent in Kansas City, St. Louis, and University City.

When Martin is replaced, it means that Greitens and the charter school/voucher proponents will have appointed half of the state board.

Greitens' contributions from supporters of charter schools and educational vouchers included $100,000 from the familiy of Secretary of Education Betsy DeVos. The contributions were detailed in the October 8, 2016 Turner Report:

A search of Missouri Ethics Commission documents shows that Greitens has received at least $695,000 from people with a record of attacking public schools and teachers while pushing for charter schools and privatization.

Among those contributing to Greitens:

$275,000 from Bernard Marcus, founder of Home Depot. Marcus gave $250,000 to the misnamed Families for Better Public Schools, a pro-charter committee in Georgia. (The only thing public about charter schools is that they drain taxpayer money from public schools. The public has no say in how the schools are operated, they do not have publicly elected boards, and board meetings are seldom, if ever, open to the public.)

$50,000 from Ron Weiser, one of the top contributors to the Great Lakes Education Project, an advocacy group for expanding so-called school choice and charter schools.

$125,000 from Julian Robertson, founder of Tiger Management, who gave $25 million to the Success Academy charter schools.

$100,000 (five $20,000 contributions) from the DeVos family of Michigan, which originally found the pro-voucher group All Children Matter and Amway. Dick DeVos began the effort to undermine public schools by calling them "government schools."

The amount of money Greitens has received from public education foes may be far greater than the contributions listed above.

At this point, Missourians also have no way of knowing who contributed to the $1,975,000 Greitens received from a group calling itself Seals for Truth, though that group is not 527c and will have to list its donors on its quarterly financial report which is due to the FEC by October 15. The contribution was the largest in Missouri history, until Greitens received $2.5 million from Republican Governors Association-Missouri, the largest of five contributions from the committee.
Posted by Randy at 11:36 AM

Will the supermajority in the Senate support the selections? Cal your senators and tell them that votes are more important than money. Do what's right for public education!!

State Board of Education is already a mess.
I think that, technically, the schools are government schools--the government mandates and gives money with strings attached.
I believe in and WANT public education. I want it to be run by locals, NOT that state board and certainly not the department of education.

I am sadly disappointed that Missouri is another state taken over by corporations when they pay to play. I am happy my daughter has gone after graduating from school many years ago at the top of her high school class. I only hope that I can leave the state soon to get away from what will be failed education system when the corporations finish raping the coffers for a few of their benefits. Wife was teacher and cannot express how happy she has left a educational system so messed up from the 60's and 70' and 80's.