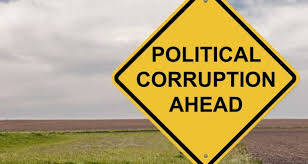 The health care debate is not front and center right now, but I thought it worthwhile to look back at the previous administration and its handling of opposition to the affordable health care proposal.

This is what the president said:

"The opposition was still the same- political opponents of my administration, reactionaries, and leaders of 'organized medicine.' The same false charge of 'socialized medicine' was used to discredit the program and confuse and mislead the people."

If you notice, in the first paragraph I deliberately failed to capitalize affordable health care. That is because the previous administration I was referring to was the Truman Administration.

I first noticed the statement a few years ago when I was reading Truman's diaries of his presidential years.

And the idea that the United States should have universal health care for its citizens did not begin with the Show-Me State's favorite president. Truman's predecessor, Franklin D. Roosevelt, proposed it earlier and ran into the same opposition from the big money insurance, pharmaceutical, and medical special interests.

It should be noted that it was mostly the same legislators who opposed Social Security when it was first proposed and those who followed in their footsteps opposed Medicare.

The more things change, the more they remain the same.
Posted by Randy at 10:23 AM