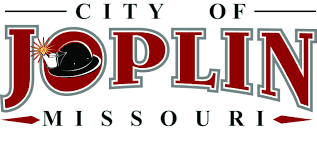 The Joplin City Council will hold a Special Meeting on Monday, August 28, 2017. The meeting will begin at 6 p.m. in the Council Chambers, fifth floor of City Hall. The public is welcome to attend, and it will be aired live on KGCS-TV, Missouri Southern State University’s television station. It will be rebroadcast at 7 p.m. Tuesday, August 29.

Agenda items include a proposal from Missouri Southern State University on the use of the former library building at 300 Main Street. In addition, there will be a Public Hearing on the property tax rate for 2018. Following the hearing, the Council will take a vote regarding the public tax rate.

Generally, the proposal would be discussed during a work session, however the Council had already called this special meeting for the property tax rate hearing and a closed session, and the Joplin Charter dictates that this be designated a Special Meeting to allow an official vote to be taken.
Posted by Randy at 10:36 AM